The potential of large "free" games is great, as Electronic Arts have seen, recently releasing Apex Legends. As you can see, players want polished F2P games and are actually willing to spend a multiple of the full value of an AAA position. What does the new shooter have to do with The Sims series? Great financial potential. A free core game, combined with the huge brand awareness, would certainly result in millions of players willingly spending a dozen bucks to create a larger family, and then another ten bucks to get some clothes from a clothing brand known in the real world. And this is the biggest problem. 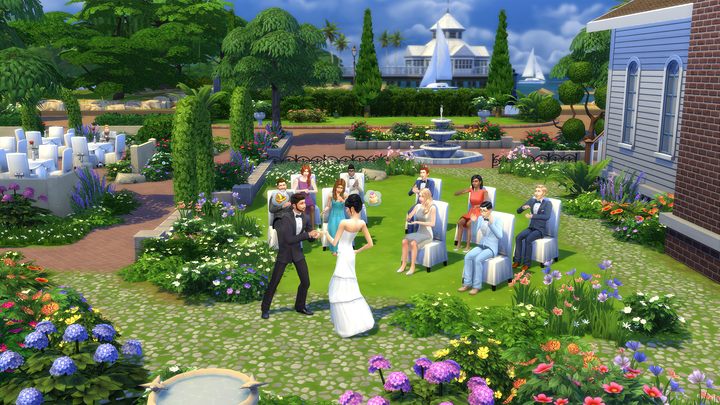 Can you imagine that? Wait two hours until the end of the wedding or pay 700 Simoleons for premium.

Free-to-play means microtransactions, and there are so many different elements you could block off with them in this gameplay formula, that things could quickly get out of hand, considering EA's love for money. And there's no two ways about it  in order to get access to everything in the game, spending more than sixty dollars will be mandatory. The Sims 5 in this form wouldn't even need network features, though they could also prompt purchasing new content  "I want it because others have it." Even now, we have to pay for numerous additions and extensions, and in the free-to-play model, EA could also get money for all sorts of accelerators of progress  I hope that this black scenario will never be realized.

Free Sims already exist, but only on mobile devices. The Sims FreePlay is a simplified version of the original, where unlocking all items requires a prolonged grind and regular playing, but the microtransactions can of course help. On top of that, every action is done in real-time, and the Sim disappears at work for a few hours, so instead of longer sessions, you need to play the game in shorter batches.

Can such formula gain the confidence of the publisher? The download counter on Google Play shows more than a hundred million. However, given that last year we got an even more simplified (and brimming with micro-payments) The Sims Mobile, EA is probably still looking for optimal solutions. Maybe for TS5?