The Sims series is not only a simulator of life but also a kind of caricature, showing our shortcomings in a crooked mirror. Exaggerated facial expressions or expressive animation of the whole body is perfectly combined with the humor in the game, which leads to a lot of funny situations. The Sims 3 toned the graphics down quite a lot, and although the environments were benefited by that, the characters themselves became rather inconspicuous. Unsurprisingly, the fourth installment comes back to much brighter colors and different behaviors that better suit this series. It is difficult, however, not to note that for a game from 2014, "the four" just looks poorly. 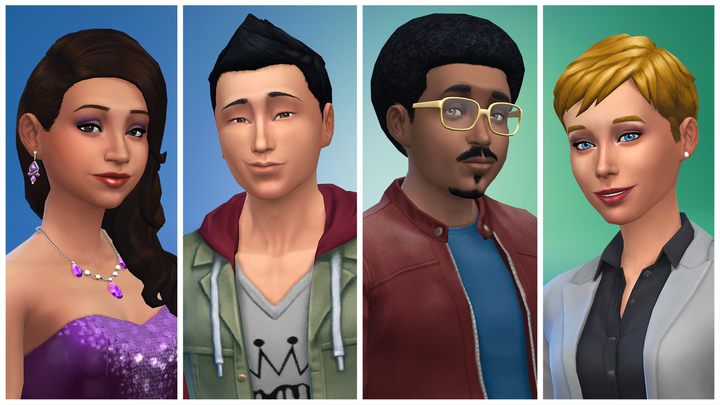 The characters in the game don't look super realistic and let it stay that way.

One of the most important aspects of video games is the high-quality graphics, especially with the biggest publishers on the market. EA, of course, will keep in mind that The Sims is often played on mid-range laptops, and the requirements of the new installment have to be moderate. They cannot, however, stay in the pixel stone age. Therefore, the question arises, in which direction will the developer take the new graphic style. Let's hope EA finds a middle ground, because vampires, ghosts, or aliens are already a permanent part of the series, and without proper, caricatured, design, it could really look bad.

MODS COULD HELP (SORT OF)

On the one hand, the slightly cartoonish graphic style of the series perfectly fits the gameplay and atmosphere, on the other  players are constantly looking for mods to improve the visuals, in particular, the character models. True, the characters don't get significant improvements, but maybe that's a good thing because photorealism with existing animations could be weird, to say the least. In any case, those willing to do it will easily find a whole bunch of modifications that allow getting, for example, more natural eyebrows, a realistic shape of the nose or more lively eyes. I wonder what EA will make from the popularity of these mods.

The future of the series seems firm and secure. A new part of the series will be released, and millions of people will want to play it. Still, I somehow cannot shake off my worries about the quality of the game. It's no secret that The Sims is a real bonanza. It's a huge temptation for the publisher to move one step further, to shift the boundary even more and further capitalize on the franchise. Hopefully, EA knows when enough is enough.