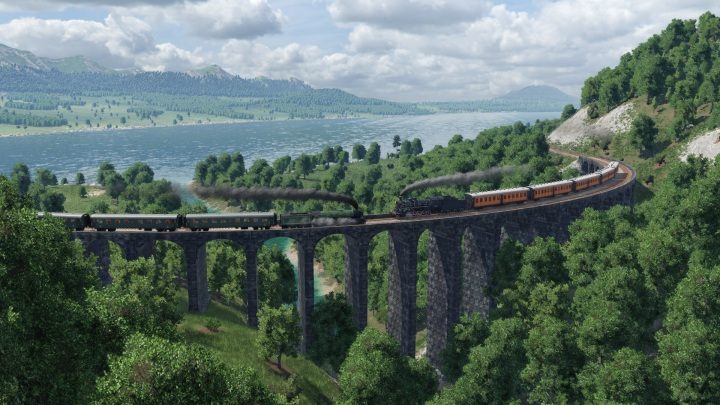 What exactly is Transport Fever 2?

The continuation of the economic strategy of 2016 and at the same time the third edition of the cycle initiated in 2014 by Train Fever. In Transport Fever 2 we create and manage transport infrastructure and vehicles, including trains, trucks, buses, planes or boats. The game is developed in Switzerland by Urban Games.

The game relies heavily on the achievements of the classic Transport Tycoon, encapsulating, however, the classic assumptions in modern interface and graphics. The game will take us through more than 150 years of transport history. We will start with building steam locomotives and planning routes for horse carriages in 1850, and finish with setting air paths for modern aircraft. All the while making sure we're meeting the needs of the population of the cities, constantly optimizing routes and, of course, taking care of budget.

What game modes will we find in Transport Fever 2?

In addition to the free mode for building your own transport empire, Transport Fever 2 will also offer a tutorial available that introduces us to the rules of the game, and three story campaigns. The title will have no multiplayer.

I played Transport Fever 2 in July this year in Germany, on a train to Potsdam, which was a really nice way of experiencing this game. And while I've seen some minor and major problems (some of which have already been addressed, like the interface), the whole thing has made a pretty good impression on me. This game is not a city-builder, you you won't be building metropolises  your task is "just" to build a serviceable network of transport, joining land, sea and air. You will start with horse-drawn carriages and finish with jumbo jets. This game has ambitions to replace OpenTTD, which I sincerely wish for myself and the developers, because it is clear that they've invested a lot of work and effort. The graphics are quite beautiful, the systems and mechanics are complex, and the game spans over 150 years of human civilization. The game seems to have all the ingredients required to meeting the demands of this niche. Perfect for cold December evenings.