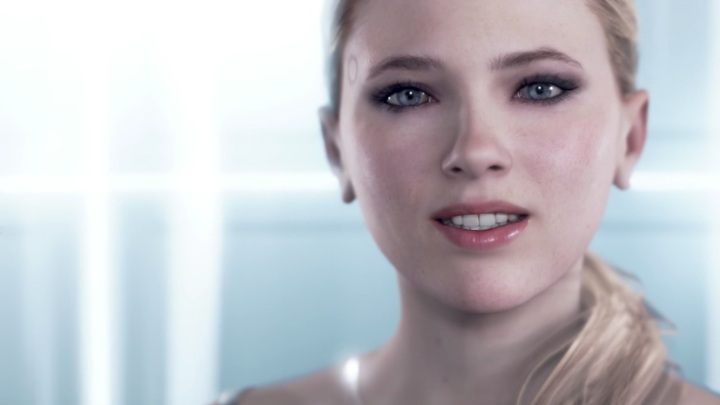 What exactly is the Detroit: Become Human?

The latest game from Quantic Dream  the masters of the genre  is a departure from works such as Fahrenheit, Heavy Rain and Beyond: Two Souls. Detroit: Become Human originally debuted in 2018 as a PlayStation 4 exclusive, but it will soon be available to owners of personal computers.

What is the plot of Detroit: Become Human about?

The game is set in the near future, in Detroit, Michigan. Outwardly indistinguishable from humans, androids have become a common commodity and are used for the hardest jobs, home help, child care or... venting frustration. Under mysterious circumstances, some of them become self-conscious, leading to a rebellion against humans. We witness the birth of the resistance from three points of view  Kara and Marcus, two housekeepers, Connor, a police android hunting down the rogue units.

Like many other adventure story games, this one is based primarily on dialogues, decision-making, and quick-time-events. Detroit stands out with huge freedom given to players in terms of forming stories  not only our decisions, but even the effectiveness in the arcade sequences can dramatically change in the course of history, or even end it prematurely for some protagonists.

Games by Quantic Dream, often cause very strong emotions  both pre- and post-release. Many critics and gamers accuse David Cage's studio of graphomania and poor gameplay design. And there's some truth to those accusations: the stories are full of gaps, and the gameplay, to put it mildly, isn't very complex and challenging. Despite this, it is difficult to consider them bad games. Why? Simply because we mostly don't think about all those things when playing. We take in the story, and the shortcomings are made up for by the influence we have on the story (sometimes illusory, sometimes real); we fear and soar along with the characters, simultaneously delighting in a graphic setting that always stands at a master level. And that's exactly the case with Detroit: Become Human. It's a true interactive film in a credible, cyberpunk convention. If you think such a mix might appeal to you and you haven't had the chance to play the PlayStation 4 version, maybe it's worth giving this game a chance?

The games directed by David Cage can be loved or hated  they evoke extreme emotions and you just cannot ignore them. That's why after the very good Heavy Rain ("press X to Jason", but the game is objectively good) and the interesting Beyond: Two Souls it's time for a PC port of Detroit: Become Human. This really is one of the games you buy a console for. I'm happy that the die-hard PC players will now be able to experience it. Many say Detroit is pretentious, but I believe this game has its moments  and it's for them that it's worth getting familiar with the latest Quantic Dream game.