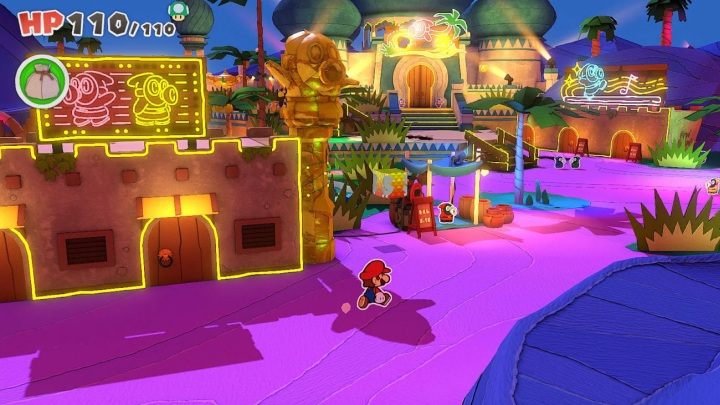 What is Paper Mario: The Origami King?

It is the latest installment in the Mario Bros. spin-off series developed by Nintendo since Nintendo 64; a hybrid of platformer and role-playing game. The action of the series takes place in an unusual world, even by gaming standards. This game happens in a world made of paper, and we will have to face the Origami King, who, sing the ancient Japanese art, turns the inhabitants into mindless followers.

What's gameplay like in Paper Mario: The Origami King?

As befits the legendary series, the game will be heavy on platformer elements. However, it is primarily a story game, with an emphasis on an entertaining story and battles taking place in a turn-based system. During the adventure, we are also faced with environmental puzzles  the stretchy paper arms that are new to the series will be useful for solving them.