Get used to Kratos' skills 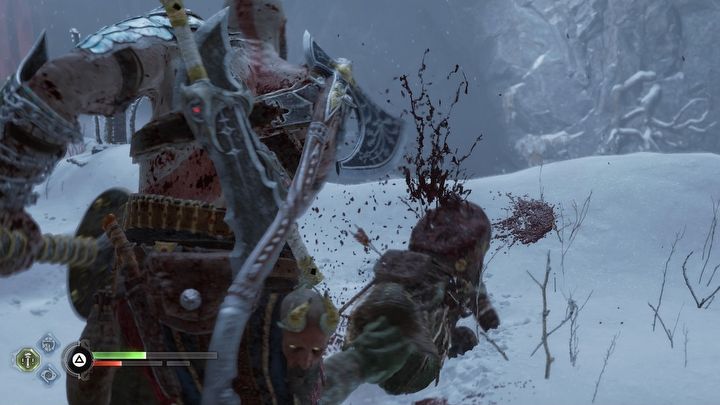 Combat is an integral part of God of War: Ragnarok.

It's worth spending a few moments to get the hang of the combat system – after all, you're playing a god of war. Kratos still doesn't feel like the most agile of warriors, but he is able to move around the arenas much more efficiently. Sometimes, you will see contextual grip points, which can quickly transfer the warrior to a higher ledge. This can facilitate, among others, avoiding attacks or reaching enemies that have height advantage.

You will also come across enemies who hang from poles and shoot from them. Counter their attacks by ordering Atreus to shoot the characteristic spots to destroy the poles. You will also find interactive elements of the environment. These include broken trees or huge stones. Kratos can grab such objects and cast them at the opponents with great force.

On top of that, there are a few options returning from the last game, such as the quick spin that's bound to the down arrow button by default. It is also worth listening to companions warning you about incoming attacks – whenever you hear that someone is behind you, dodge! It's a good instinct to develop, and it will save your skin many times.