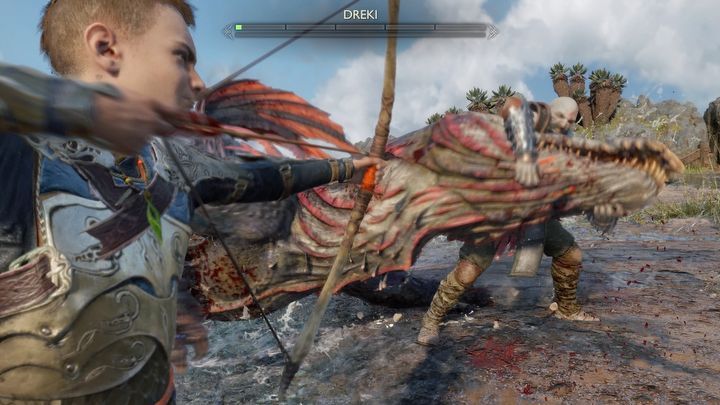 Atreus was very resourceful already in the previous game. However, a lot has changed since then. And many of these changes are very apparent in combat. The kid still uses a bow, but now he doesn't only shoot arrows at enemies, but is also able to bash them in the head with it. It's not only very classy but also pretty effective. Especially later, when you further develop his skills.

Taking good advantage of your companion's abilities will make the game easier. Do it whenever it's possible. Press the button responsible for his attacks (square by default) – you can intertwine them with your own attacks to additionally stun your opponents. I recommend doing it also when the enemy is suspended in the air, in order to hurt them more. Especially when Atreus' arrows are enhanced with magic. In combination with the power of the Leviathan and the Blades of Chaos, it can work wonders and significantly accelerate winning almost any fight.

Atreus turns out to be even more useful later in the game, with a well-developed skill tree. First of all, pay attention to the stun abilities. It is worth developing the tree in such a way as to get to the skill called "Dive Into Battle" relatively quickly. "Strangle Hold" or "Hex Reignition" are also great – the latter causes double elemental explosions, which perfectly harmonizes with the powers of Kratos.