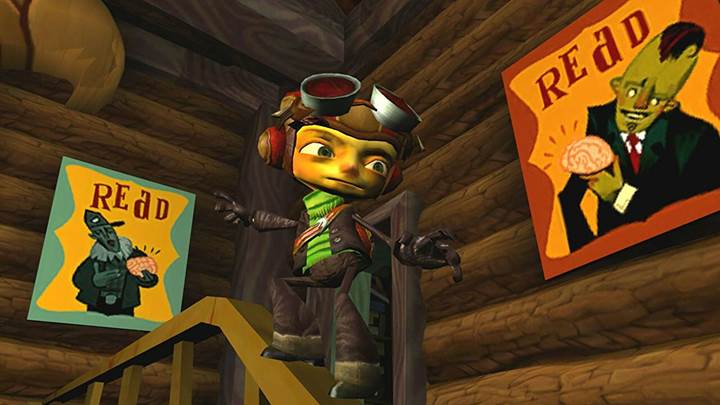 The adventures of the young psychonaut Razputin do let you get bored even for a moment. The protagonist fights a threat in the real world, and then inside the head of a person possessed by evil forces. Thanks to this, the gameplay doesn't become repetitive, and the incredibly colorful visuals encourage exploration of all the nooks and crannies of subsequent locations.

The early Psychonauts was seemingly released at the wrong time. Although the game collected a bag of prizes and received positive reviews, it generated several millions of dollars of loss at first! It was one of the reasons for the resignation of the CEO of the studio – Carl Yankowski. Soon, however, the trend began to reverse, and in March 2012, the total number of copies sold exceeded 400,000.

This allowed a follow-up to be developed with a much larger budget. Psychonauts 2 from 2021 sold fantastically from the get-go. In this case, the high quality of the game went hand in hand with financial results. Ultimately, the authors were able to get a breather – it did take over 15 years in total, but the effort put into creating the original world was ultimately not wasted.