A question of price

Was it worth it? From a logical point of view, definitely not. I wasted hours upon hours to "kill" a pile of polygons changing size on my screen and it wasn't even part of any storyline. I put a lot of time and effort into complete abstraction. I could have played something cleverer, something to fry the grey matter in my brain, squeeze the seventh sweats, make me cry like a little boy. Or at least make me question the nature of my reality  like Alan Wake or BioShock. But no. I was pushing through another dungeon like in the first MMORPGs, only I was doing so alone, so there wasn't even anyone to talk to or blame for failures.

Someone smart once said that sooner or later, everyone find a world that will immerse them in video games. It's happened to me more than once. But almost never just to grind and farm. What began as a crusade against the evil that I myself brought down on the world, made me love running around in search of new legendary items and recipes. I couldn't wait for something valuable to come up. I even had a new character in my plans because of some mismatched tools of destruction and only my iron volition stopped me from starting everything from scratch.

The creators of hacknslash are learning and using increasingly clever tricks to keep us with their work. The plot twists, potential for interesting secrets waiting somewhere outside the main story, and finally the greasy sets of weapons that make our hero a demigod. So we go on power trips like in Doom Eternal, and with a hint of gambling, because it's hack'nslash  we never know what's going to come out. Adrenaline jumps like crazy thanks to old, well-crafted designer tricks. 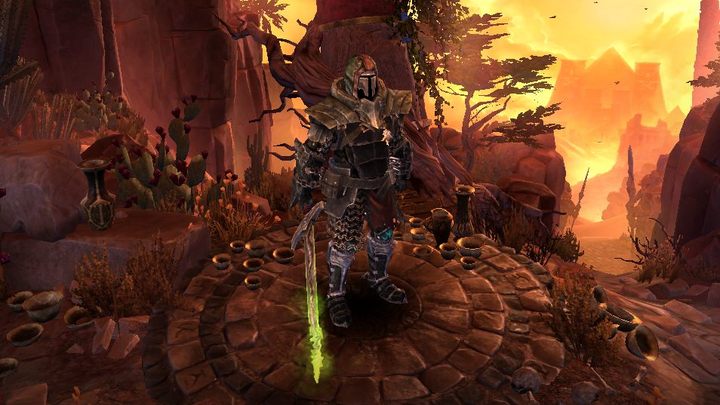 I've invested a lot of time in you. Was it worth it?

Even when the game is fair and we pay for the whole thing once (or several, counting the DLCs), we still invest the most valuable currency in it. Our time on this planet. Time and emotion. And those investments are paying off, but the profits go to the developers. That's how you get your faithful followers, asking if there will be another expansion, or maybe even Grim Dawn 2? And then, they buy it, and then they get other people to buy it.

You probably think you're too smart to fall into scheme. Or you've grown out of it, ditched the kind of MMO that cleverly enticed you with endgame bosses, grand prizes and spectacular cut-scenes. You try new titles, you get in, but you do also get out. You can do it at will. It's been working out well, hasn't it? Relax. It'll come back. In one form or another, it comes back to everyone. At the end of the day, the studios will figure it out and they'll find an incentive for everyone to play on loop, without having to do any writing and screenplay stunts. Pray they're as fair as the creators of Grim Dawn.

My vulnerability is amplified by the fact I always liked the hacknslash formula, though I've mostly completed campaigns. And now I'm at the point in my life when I can step into Path of Exile for longer. Unless Amazon finally releases the giant Lost Ark, which I've been hyped up for since forever. The clock is ticking. And it's all about the time.