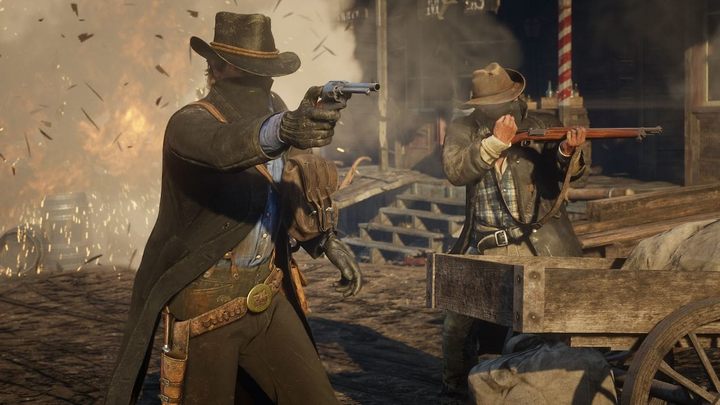 Where are you going? We're not done with you yet.

For players, these are distant dates. Postponing the release of one of the hottest titles of all time that far into the next decade could be too much of a test of the fans' patience. This is the point at which players can start putting GTA VI on the same shelf as Half-Life 3 and Duke Nukem Forever. And that is always harmful for the game and can limit the target audience.

A release later than 2021 could be considered mostly because the new generation of consoles will already have tuned into the market and got enough users for Rockstar to launch at full capacity. In addition, this date will give the company enough time to complete the production process. The thing is, GTA V debuted in September 2013. A 9 to 10 years' break is a lot of time, even with RDR II released in the meantime. This is twice as long as we waited for GTA V. The shareholders are unlikely to forgive this, not to mention the players.

HOW LONG DO WE USUALLY WAIT FOR A GTA?

You can clearly see that the break is already extended, which is not really surprising, as each subsequent GTA requires more work. The question is how big will GTA VI be.

The heist of the century A good Heist needs to be planned, this is at least one thing GTA V taught us. It's similar with the release of the game, even though this endeavor requires taking into account a billion variables.

At the moment, the most likely scenario seems to be the end of 2020. Leaks indicate that Rockstar has been working on the successor to GTA V for some time now. While Tim Neff, the actor who leaked the news related to the unfortunate network résumés, denied the rumors, but it looked more like hastfully covering tracks after a mistake. After all, we are talking about a giant company that always plans for many years in advance. And even if delays happen, they are due to the desire of polishing the work, not due to lack of ideas or insufficient production capacity.

We're sure Rockstar allotted a small team to conceptualize GTA VI's prototype a long time ago. Most of the company's manpower was obviously focused on RDR II and Red Dead Online, but this burden is no more. In the meantime, a few people were probably playing with the next bombshell.

Therefore, it seems to me that the "Rock Stars" will aim for the dawn of PS4 and Xbox One, to make sure they can access a huge base of players. We would then expect the next-gen version to be released within a year, along with the online component, which generates insane amounts of money from DLCs. At some point, we'll also get a PC port, that's pretty much sure. Our confidence about this is derived from the fact that GTA V has undergone a very similar cycle (seriously, does anyone know at least one reasonable reason for the new game not to come out on the PC?). Rockstar will have to get their skates on, though, but this will allow them to  once again  release the same game two, or even three times. In the end, everyone wants to play the newGTA. As soon as possible, too.