Famous, licensed songs can cost a bunch, but many cases have already proven that a proper soundtrack full of classic songs can define the reception of a game – not it's individual moments, but of the game as a whole. Just think of GTA3 or Vice City. Marvel's Guardians of the Galaxy also went for licensed songs and hit a bullseye.

Steve Szczepkowski (senior audio director): The reason we went with the 80s’ music was that Marvel has asked us to put our stamp on it, give it our own identity. One of the things we did to get away from the MCU version was a different story between Peter and his mom, our game jumps ten years forward. So, when Peter was a kid in the 70s’ in MCU, our Peter was kid in the 80s’. We felt this gave us own identity right away, and it also gave us such good music. For me, the 70s’ and 80s’ are the richest decades we‘ve ever had in music. So many amazing, classic albums came out in those 20 years. 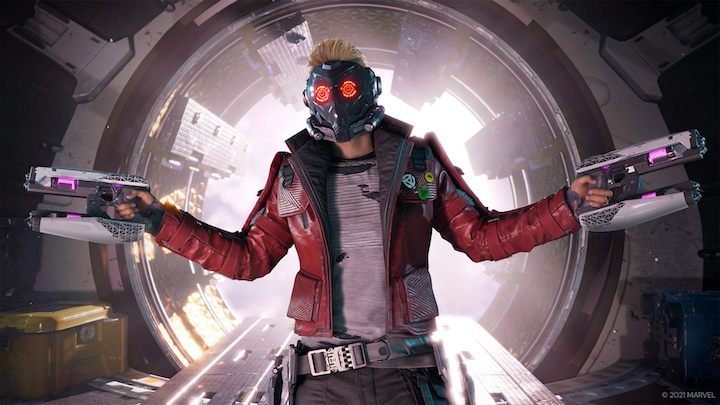 Quill in the game is a guy who grew up in the 1980s. This is evident in his taste in music, and it wouldn't be possible without real, licensed songs.

So, to have the 80s’ as my sandbox to pick music from was almost too good. It was just a matter of picking 50-60 songs and then trying to narrow it down. I found internals rules that helped me decide which songs would made the cut. It was often about the fun factor, it needed to work with the huddle mechanic, and then I could use the music in a cutscene if it served a certain emotion. So, I needed to keep a song if it checked all three boxes.

Whirl of emotions – from funny to serious

There's no single recipe for a memorable game. Sometimes, they're grim, doom-and-gloom pieces like Silent Hill 2, sometimes they're completely lunatic, like South Park: The Stick of Truth. The creators of Marvel's Guardians of the Galaxy managed to combine multiple conventions in their game. It's often funny, but more serious issues are touched upon when necessary.

Patrick Fortier (senior gameplay director): What I am most proud of is the range of emotions we take you on in the game. This is the testament to the writing and the narrative team and to our cast of actors who really dove into the characters. We have moments when you literally laugh out loud, but then we dive into a very deep and emotional moment. I think the way we were able to balance that throughout the game is really nice. It is not a heavy game per se, but we don’t shy away for heavy subject matter. We did a very good job balancing out the humor with drama. 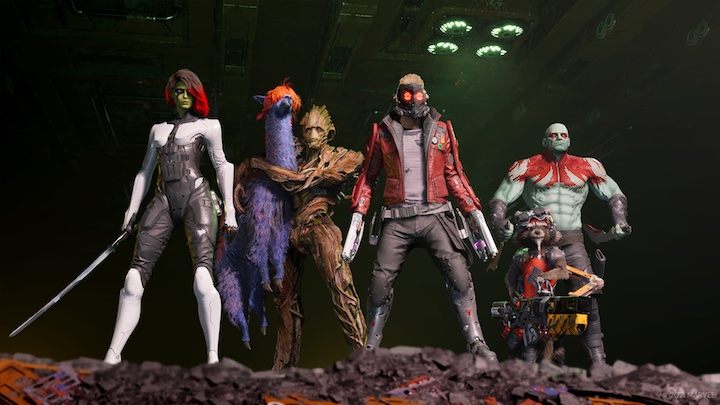 With such a team, you cannot get bored.

Consistent till the end?

Games change during the production process. Sometimes the final version differs radically from the first assumptions, which was perfectly clear for example during the creation of Amazon's New World. But Guardians of the Galaxy shows that sticking to the original plan until the very end pays off.

Jean-François Dugas (senior creative director): The way we work is we brainstorm; we put ideas on the wall, we funnel it down to some core ideas. After that, what we do is we go through all aspects of the game and we write sheets about intentions for combat, story , exploration and so on – for every aspect of the game. We put it on all the walls in our creative bubble where we work. So we have all these intention sheets that are the guiding posts of what we want to achieve. And we start from there, art will start to do their thing, game design will look at these and start working. And when the project is fairly advanced or getting close to the end, we look at all the gameplays and we go back to our sheets to check what were the keywords or key sentences that we wrote back then, to see how far or how close are from the initial ideas. I can see now that this game is like 90-95 percent the same as what we had on the walls. Of course, details have changed left or right, but what we intend to do in the first place is exactly what you experience in the game.