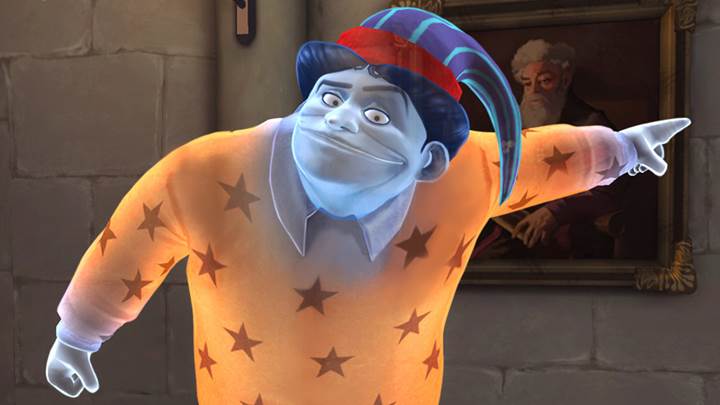 Rowling said in one of the interviews that Peeves is more of a malfunctioning facade than a person or a ghost in the strict sense. He was brought to life in 993 by the founders of Hogwarts. Since then, Peeves has been constantly making life difficult for lecturers, students and, of course, other janitors. He was the nemesis of Argus Filch, the janitor at the time of the action of the books from the main series.

Unlike the Bloody Baron and the other Hogwarts ghosts, Peeves was able to take physical form. At that time, he resembled a small bald man with a wide mouth. However, when he wanted to, he could also become invisible. Throughout his stay in the castle, he displayed almost infinite amounts of malice. His pranks were rather unsophisticated – Peeves cursed, threatened everyone with death and hurled whatever objects he wanted at the students. In the course of the fight with Voldemort, however, he showed great courage, as did the others defending Hogwarts from the Death Eaters.

Although he was originally supposed to appear in the first film, Philosopher's Stone, the creators eventually decided to remove his scene. Therefore, attempts to introduce him in later productions were also abandoned (excluding the short Queen's Handbag). However, he did appear in the games, even as a miniboss! He can be defeated with Skurge, Flipendo and Rictusempra spells. Whether the player will also have to fight him in the new game is unknown. It's certain, however, that the greatest absentee of the movies will without a doubt appear in Hogwarts Legacy!