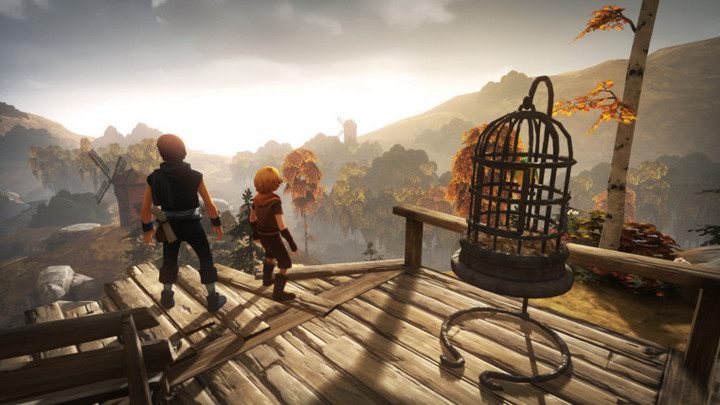 Now, for a change, a game you're playing in co-op with yourself. In Brothers: A Tale of two Sons, you play the eponymous brothers who, as in fairy tales, go to find a magical cure for their father. Along the way, they travel through idyllic lands and dangerous regions, meeting characters from fables and legends.

How do you cooperate with yourself? The game lets you control both characters separately, and completing it requires coordinating their actions. Most interactions are simple and involve moving from point A to point B or solving uncomplicated puzzles based on logic and requiring some dexterity. Controls may initially be a little annoying for those unfamiliar with games, but the game lets you learn it all without rushing. The game also clearly tells you what you have to do, and even if you fail, it will take you back to the last checkpoint and let you try again. 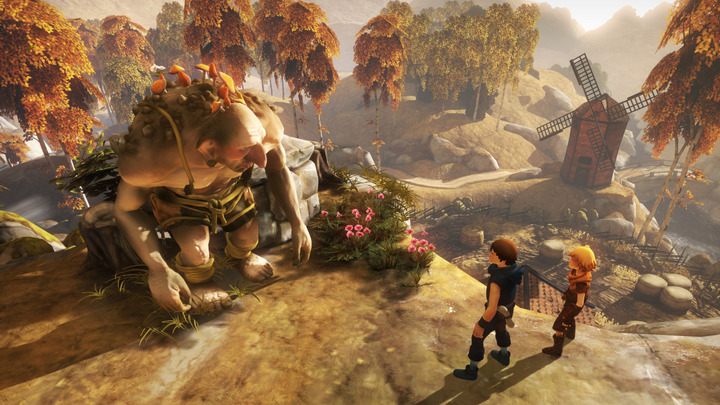 The game is heavily inspired by Norse folklore and mixes it with bed-time fables and fairy tales. The entire game is like a fairy tale, with very consistent stylistics. It's a short, thrilling adventure that can be completed in about three hours.

One of the most enjoyable aspects of playing is completing the entire game. A sense of satisfaction is one of the strongest motivations for playing. A short game is thus a better choice for a beginner.