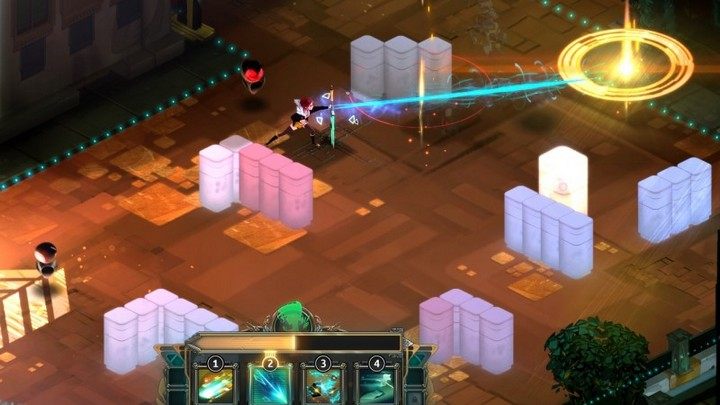 Transistor is an isometric action RPG that has unique graphics, phenomenal musical setting and a peculiar combat system. Some people love it, others hate it, and in my opinion, it could be a good warm-up for players who haven't played through a whole night since the 90s.

You play Red, a singer performing in Cloudbank, a city of the future overrun by a mysterious Process. You're striving to save the city with the help of the Transistor, the eponymous talking sword, as your companion. You traverse the metropolis, fighting with robots along the way. Every now and then you gain new skills that you can combine and mix, creating unique attacks. Transistor encourages experimentation by rewarding each new combination with a piece of history of the game world. 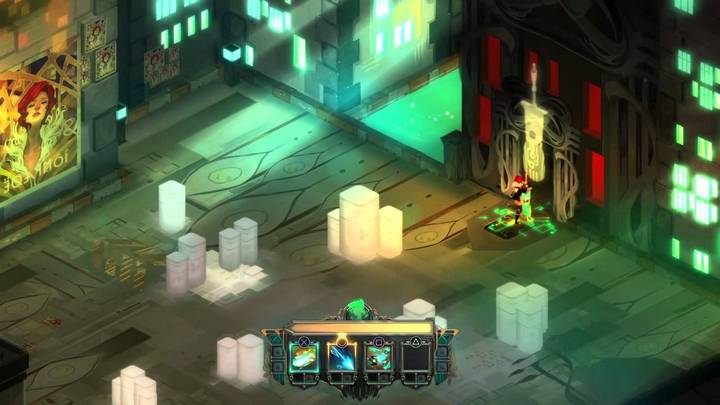 Players can practice combat in sandboxes. This are special locations unlocked at a certain point in the game, where you can test different combinations of available powers, hone strategy and develop your skills in one of several rooms. Completing each room rewards you with points, and an additional song.

The combat system is a little controversial; it's a combination of active pause, a turn-based system and real-time skirmishes. In my opinion, the possibility of planning actions combined with the need to respond in real time isn't a bad environment for beginners.