The original ended with powerful cliffhanger  we could assume that relation between Ellie and Joel won't be easy in part two. Can you talk more about how the relationships evolve?

So one of the things that was important to us was to talk about consequences, and how every choice you make has a consequence. And you see that in the way that we gave our NPCs names [notably including enemies  ed. note] and human-like characteristics. We want every choice to have to be a difficult one. And to be one that you have to make consciously. So Joel, at the end of the first game, obviously made a very big choice to save Ellie. And that had to have a consequence and you felt that at the end of the game; you felt like was this going to be able to be put to bed.

And through the course of the game, we watched that, even as both are trying to connect with each other, there is this secret festering between them. And so through the flashbacks you're getting to watch how, even as they working toward positive, there is this distrust, discomfort and this pain that eventually explodes and devastates their relationship. 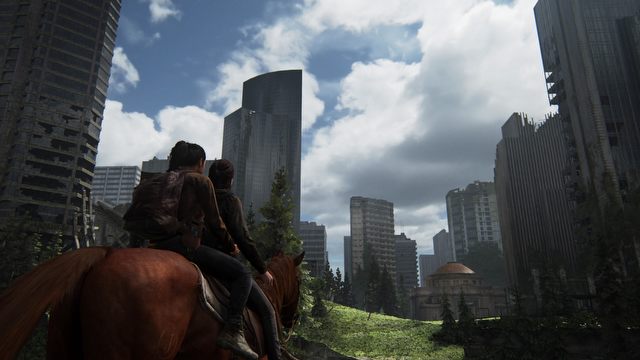 And it's that level of devastation and loss that will, in part, propel Ellie on this journey of justice. Ellie was ready to forgive Joel, Ellie was ready to move on. Ellie was ready to make up for those years that she wasn't talking to him. And Abby took that away right on the threshold. And how much guilt and heartbreak that would feel that you had these years with Joel and you didn't take advantage of them. Your heartbreak and pain, which is all very justified... Ellie feels very wronged, she lost something that she desperately wanted.

What were the inspirations for the main problems of The Last of Us: Part II. Did any real-life events spur you to create particular parts of the story?

Neil [Druckmann, game director and co-writer  ed. note] was very much influenced Cormac McCarthys The Road and David Benioffs City of Thieves, which you can see an easter egg of at the top of the Abby section in stadium. We were also trying to pull from the world we see around us. Because we're dealing with tribalism. We're dealing with fear. We're dealing with an increasingly scare-you world. So it's not hard to pull from real life or to pull from news footage to pull from people's true stories to try and flush out and make the world of The Last of Us 2 as authentic as possible.

Alrgiht. Why Seattle, though? How did you make the choice?

You know, honestly, when I came on board, they had already decided on Seattle. I'm not sure what the thinking was other than  obviously  you want to texturally feel really different. And you wanted to see a bigger part of the country than you had seen in the previous game. So with Seattle, you get this incredible level of water damage you haven't seen before and all that flooded streets. In "Finding Nora" [one of the levels] you see all these floods and foliage that we've never experienced before.

Tribalism is people combining in groups divided along radical criteria  even stronger than national interests. This tendency is especially prevalent in isolated communities, or those threatened by external factors. Such a society is based on rigid hierarchy and rules made according to its own judgment. Tribalism, as one can guess, makes it difficult to create larger communities (not to mention a nation). Tribes react to strangers with distrust or even hostility. An extreme form of tribalism are gangs, but these tendencies can also be seen in public debate around the world. Tribalism in The Last of Us: Part II comes in the shape and form of two factions  WLF and the Scars. Both of them, although not very radical at first, isolate and introduce strict internal laws and customs. Such deeply polarized and radicalized communities are unable to maintain diplomatic relations  they are condemned to war and mutual destruction. 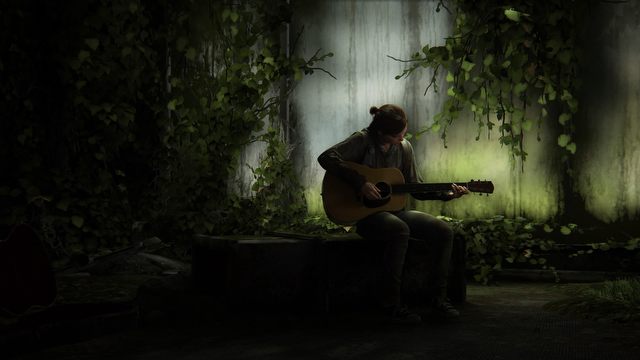 The Last of Us: Part II is likely the first mainstream game to openly talk about homosexuality. Sure, weve had Mass Effect and Dragon Age, but these games treated non-heteronormativity as an option to explore, not a crucial part of the story. In some respects, youre pioneers, laying the foundations for others. Arent you a bit nervous about that?

Our goal is to reflect the world we see around us. Ellie is canonically gay. They made that clear in "Left Behind" DLC. So we wanted to honor her character authentically. As a gay woman who's 19, she's going to have flirtations and she's going to have a relationships. And to understand what her future could be if she were to give up this quest for justice, you had to see her romantic life, you had to meet Dina and you had to understand what her values are at 19 years old.

It was about doing right by Ellie. Showing her in the most truthful manner that we could. And she is a gay woman.

Also representation is important to us. You know, we want to reflect the world we see around us. We have an incredibly diverse, supportive studio. And that matters. 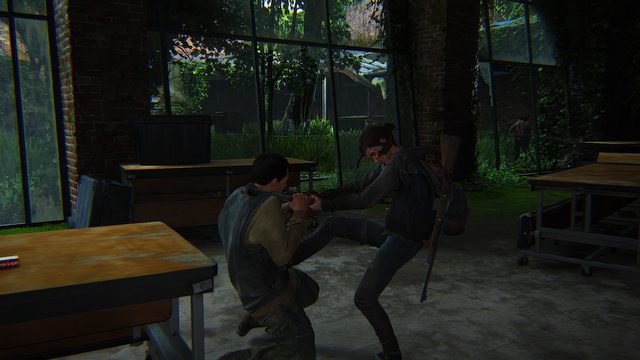 Cormaca McCarthys The Road is an absolutely elementary exhibit of post-apo in literature. McCarthy wrote it in 2006, recieving the Pulitzers for it a year later. The story is about the relatioinship of a father and son traveling through ruined USA. This book remains a must-read classic of both post-apo, and contemporary literature in general.