Youre also talking about PTSD and trauma  I know it used to be a popular subject of the public debate in the USA. Can you talk more about creating characters in post-apocalyptic realities, and the role of PTSD in The Last of Us?

What we wanted to do is when you look at this world, it is incredibly hostile, right? You've got the infected, you've got these hostile human groups. Every day you're fighting to survive. And that level of violence is going to cause some level of systemic trauma. There's no way that, that even in the best version, that's not going to have an impact on your soul.

And we want it to show different versions of that. So with every one of our characters they're processing it differently. Lev is supportive and guided by his faith and that helps him negotiate the world. Dina, when she's in the farm with Ellie, she says, Yeah, this stuff bothered me, but for you, for him [her child], I deal with it. 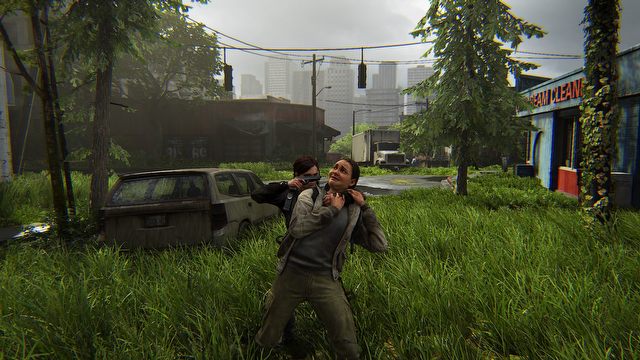 She is able to wrestle with the trauma she's been through and continue to be there for her partner, be there for her child. But there is no universal way people deal with trauma. I've had PTSD and I was drawing a lot on my experience on what that is like, but we also wanted to show that this hunt for justice is taking a radical toll on Ellie.

I sort of going back to when you asked me about her sexual orientation, it's like: showing her authentically struggle with not only the hostility she's experienced in this world, but the hostility she's experienced personally, that seemed the only way to approach Ellie. It was to say Yeah, of course this has defined and changed who this woman is. Can she still pick herself back up? Can she still redeem herself? Is she going to get closure? If she finds Abby, who will she become on the other side of this journey?

Post-traumatic stress disorder is a mental disorder that most often occurs in victims of violence, who lose the ability to emphasize and understand others. Its a response to overwhelmingly stressful experiences, mostly associated with soldiers, but in fact affecting all sorts of people (trauma from a pathological family, victims of assaults and acts of terror and war). Ellie and Abby, two significant characters of the game, have most of the symptoms of PTSD: flashbacks, nightmares, alienation, problematic responses to pleasure, anxiety and depression. 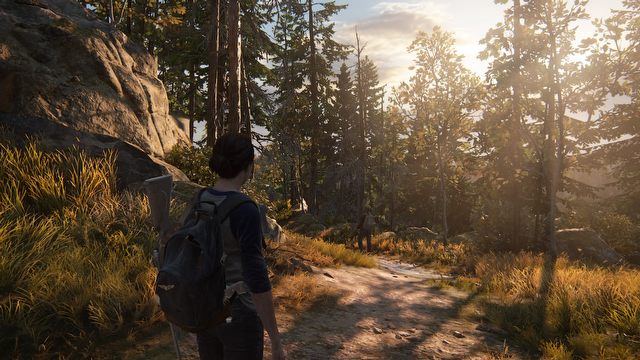 Is either faction in The Last of Us: Part II good in the conventional sense? Is either of them more right?

I think a thing that we wanted to try and depict in all facets of this game is that there is no good or bad. Everyone has a positive and negative side. So like with the Wolves... You know, our first glimpse of them is "kill all trespassers." Theyre these violent people, who go after Scars, who go after strangers, who are willing to be brutal, to kill one of our most beloved characters. But when we're on Abbys side, we see how they support each other, how they farm and have little kids running around in their community. Theyre protecting their elderly and they're innocent. There's so much love there. There's so much love between Abby and Manny, and between this community.

And we don't spend as much time with the Scars, but even as you do see the religious extremism, we have Lev saying how  as much as people have become extreme  the tenets that their religion was based on, that their prophet extolled, are those of love, compassion, hope, and openness. Thats whats been guiding him, and you see this love between these two siblings who were just there for each other, no matter what, and willing to risk everything for each other. Who, through their religion, find strength, security, and determination. So we're seeing both good and bad on both sides. Hopefully when people finish this game, put down their controller, and go back outside, theyll look at groups that they perhaps didn't know much about, or which felt like the other, and theyll be more open-minded to seeing them as multifaceted; giving them an extra shot.

Lets say youre one of the last of us. Youre out there, trying to survive, which faction would you chose?

(Laughing) Um, Well, I would probably choose... I like to read as you can see [pointing to the stuffed bookshelf behind her]. So I would probably choose the Wolfs because they have a really good library at the stadium (laughing some more). But I think Seattle is a pretty hostile place. I don't know if I would necessarily want to live there. I might go back to Jackson.

And the scars have that beautiful island...

They have, and they're really crafty, you know, they make those beautiful houses...

I was also wondering about the symbolism of the moths. I saw them during the loading screens, and there was another one on John's guitar. Moths are creatures of the darkness, but at the same time they have that incredible attraction to the light. Is this an allegory to the characters?

Absolutely. I think the moth is a lot of things for us and is a really great representation of Ellie. Because it is a creature that exists in the dark, but it's always looking for the light, right? But also they're incredibly fragile and they have such a capacity for change. Kind of like butterflies. They start as caterpillar and become this beautiful thing. And, they are often not as beloved as butterflies, not as glittering and shiny, but beautiful and fragile and delicate. And, um, I think all of those things contribute to who Ellie is. They all reflect what Ellie is, and whether she will be able to get to the light.

Thanks very much for the conversation.