After months of relentless pondering over nilfgaardian armors, flat medallions, and casting choices, we can finally see for ourselves how Luren Hissrich coped with the prose of Andrzej Sapkowski and the Slavic mythology, as The Witcher premiered on Netflix a few hours ago. Having seen the first episode, I can already tell you I'm more than sold on the idea. The End's Beginning, as the opening episode is titled, was a damn good piece of dark fantasy, and regardless of some minor hitches, I'm hankering for more. This day is particularly important for the Polish audience, who have been waiting for a high-budget adaptation of The Witcher ever since the premiere of the disappointing Polish movie, in 2001. The Witcher by Netflix finally looks it ought to: it's grimy (though sometimes still not grimy enough), it's fleshed-out, and  above all, perhaps  it's clearly high-budget.

The opening episode of the series is based on the short story The Lesser Evil, first published in March 1990. One of the most famous adventures of Geralt takes place in Blaviken  the town, in which the White Wolf earned his infamous moniker. From the onset, it's apparent the creators have focused on the real nitty-gritty of the story, skillfully omitting less important details. I applaud their decision to extensively depend on direct quotes from Sapkowski, including the iconic monologue about having to decide, which is one of the character-defining moments for Geralt.

The events in Blaviken are cleverly intertwined with the story of Cintra, which introduces the next main figure of the show  Cirilla. Here, tension noticeably rises  while Geralt is sauntering around forests looking for herbs, and debating with Renfri, Cintra is under attack. The defenders give battle to the Nilfgardiaan invaders in the Marnadal vale, but eventually yield to the unstoppable black army. Here, the authors depict the memorable massacre of Cintra: it's incredibly visceral, but we'll get to that. 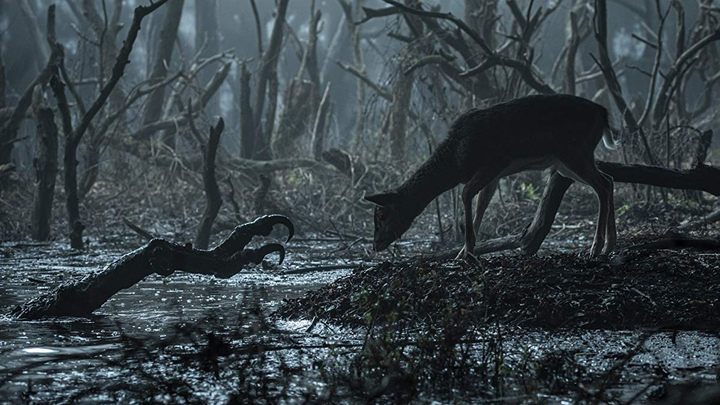 Many of you are certainly wondering about how Henry Cavill copes with the role of Geralt. If I wasn't allowed more than one word of explanation, I'd have said "perfect." The British actor not only looks convincingly, he also fantastically conveys the personality of the witcher. He doesn't talk much, but when he utters a word, it's concrete and resolved. Fans of Doug Cockle may need a while to get used to his voice, but there's no way I'd consider it a blemish. You could even argue Cockle's impression of Geralt is traceable in Cavill's performance. He's nowhere near as stern and "Bale-ish," though. As concerns the other casting decisions, I have mixed feelings so far. I liked Mousesack, but Eist, for example, seemed rather unconvincing  though he only plays a small, episodic role here. Similarly, Ciri also gave me rather ambiguous feelings, and I'm not sure if I'll change my opinion after the last episode. There's also an entirely new character, sir Lazlo, performed by a Polish actor, Michal Musial. I won't reveal how important he is for the story.

Everything else is a godsend from the land of cinematic milk and honey. It seems the creators were very aware of the comparisons with Game of Thrones, and they really wanted to show they're not messing around. Combat scenes are incredibly brutal; even the game didn't reach such levels of gore. I watched the slaughter of Renfri's henchmen several times over  brutal, but utterly impressive, jaw-dropping even. The camera never shies away from the butchering, as if the creators wanted to underline that the nickname the "Butcher of Blaviken" was of truly fearsome reputation. Evisceration level 500, no cuts. 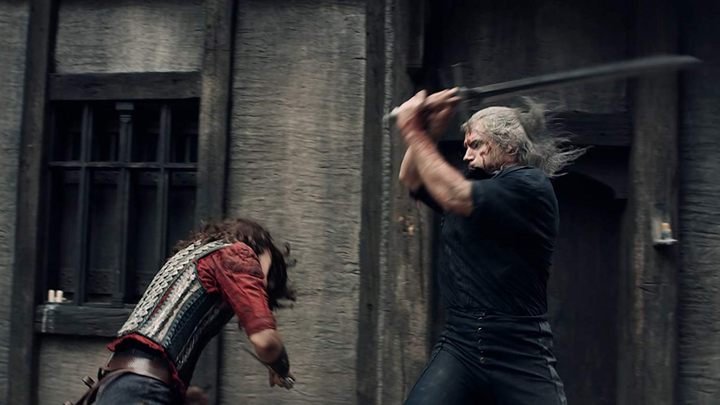 The show isn't afraid of violence  just like the books.

Overall, I am content after the first episode. The series doesn't look cheap, which was probably my greatest concern before the release. The Witcher's budget is incomparably smaller than that if the Game of Thrones in the last seasons, but this is not apparent, even during the fight with the Kikimore  so far the only monster (other than humans). There's even a short battle sequence, which was, well, not terrible, not great. Some might find the pacing of this episode rather hectic  Geralt's thread is pretty sluggish, and the events in Cintra are sometimes too intense. I'm also curious how this show will be perceived by people who have not dealt with The Witcher so far  the developers are committed to giving proper exposition to the key figures, but it's interesting how much sense it will make to people without any knowledge of the setting.

This is my note on the first episode, written in little under 20 minutes. I'm off to keep watching  I want more! Keep in mind  this isn't a review. The corresponding will appear later-while I shared the first impressions, that's all.