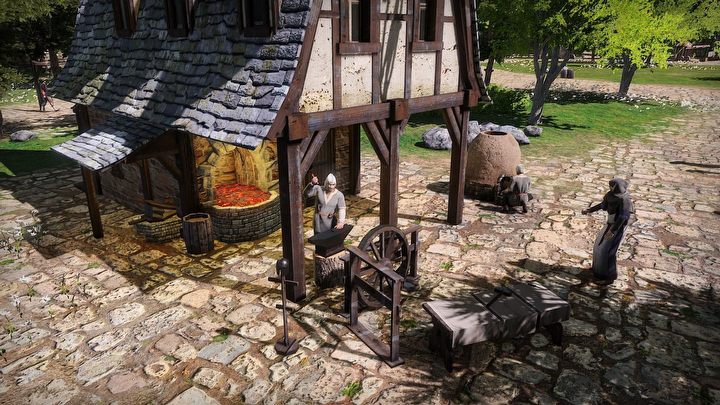 The guild is back in a reportedly pleasant edition!

I am happy to announce that The Guild series, launched in 2002, is back! This entry in the series will be brought to you by GolemLabs, a studio with experience in geopolitical simulators. So let's hope that their The Guild 3 will at least match the previous installments of the series, and if it turns out better, it's just more reason to celebrate! For now, however, only the graphics were praised rather than the economic matters, which are the foundation of the series, so it's hard to expect miracles.

Something for fans of economic strategy

The Guild 3 will take us to the year 1400, where, as a specialist in trade and politics, we must survive the changes taking place in Europe. Therefore, we will create a real merchant empire that will take over the local economy. In this part, instead of typical story campaign, we will get a sandbox mode, in which we will complete loosely related tasks and scenarios of specific cities. There will also be plenty of room for intrigues, forging alliances, and joining different factions to benefit from it. Also remember that money must always move!