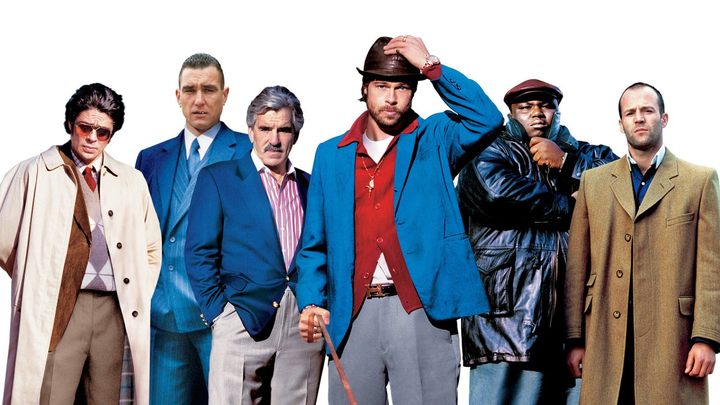 Guy Ritchie is a guarantee of good entertainment. And Snatch is his peak achievement right next to Lock, Stock and Two Smoking Barrels. In this film everything works  brilliant acting, sharp and engaging editing, impeccably tailored music and a twisted script. Almost two hours seems like a mere ride on a gangster rollercoaster.

I don't think any other director of modern cinema feels the rhythm so well. You don't just watch Snatch. You experience it. Everything here fits together, everything fuses together and forms an incredibly cohesive picture.

There are more characters here than in many other TV series. On top of that, Ritchie is in no way suggesting who plays first fiddle  anyone can die here. This keeps every minute of the film tense. You can expect absolutely everything.

If you still think it's not enough to watch Snatch, perhaps the only thing left is to mention that the film was created by the author of Sherlock Holmes starring Robert Downey Jr. or last year's Aladdin with Will Smith. Although the gangster theme is a different cup of tea, the narrative is similar - each of these movies has its own distinct rhythm!