Guardians of the Galaxy vol. 1 and vol. 2 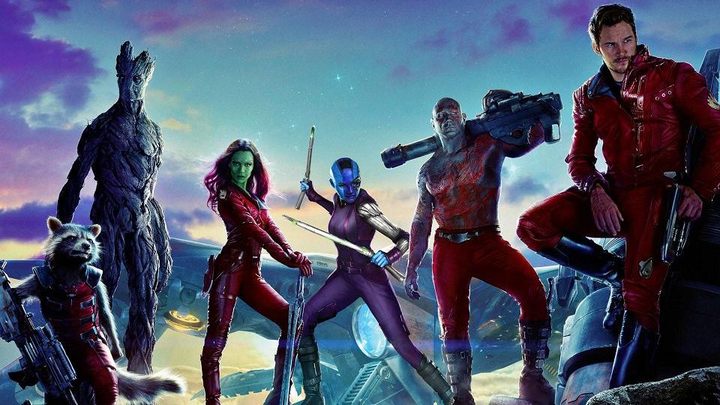 Guardians of the Galaxy didn't have to be a success at all. The comic book original was not one of Marvel's best-selling series, in other words, it wasn't known very well. Drax, Star-Lord, and Gamora didn't look like heroes with the potential of Hulk, Iron Man or Black Widow. Yet they managed to conquer the box office ($772.8 million), win the hearts of fans and convince critics (more than 90% on Rotten Tomatoes).

Guardians are retro movies at its best - these films take advantage of the technical possibilities of the 21st century while reaping handfuls from the 1980s in terms of musical setting and adventure lightness. James Gunn provides entertainment at the highest level, without forgetting the most important issue  humor. It is humor that is the greatest asset of Guardians of the Galaxy. Sometimes abstract, sometimes completely direct, and sometimes aimed mainly at the compulsive consumers of pop culture, but almost always good. This allows you to watch the film repeatedly and not once feel tired.

Guardians do not work well as a piece of a whole. While the MCU always relied on lightness and offloaded subsequent epic moments with clever jokes, the ratio between gags and seriousness was very different. In Avengers, jokes are a sort of condiment to the plot, while in Guardians they are the main course.

But that doesn't change the fact that it's hard to make an action film as positive and well-executed as Guardians of the Galaxy. Even coronavirus doesn't stand a chance against a team like that!

If all goes according to plan, Guardians of the Galaxy vol 3 will hit theaters next year. An earlier release date was initially expected, but in 2018 James Gunn was fired for inappropriate Twitter posts. After a year  during which the director repeatedly expressed remorse and the actors stood by him-the management agreed to bring him back to the project.