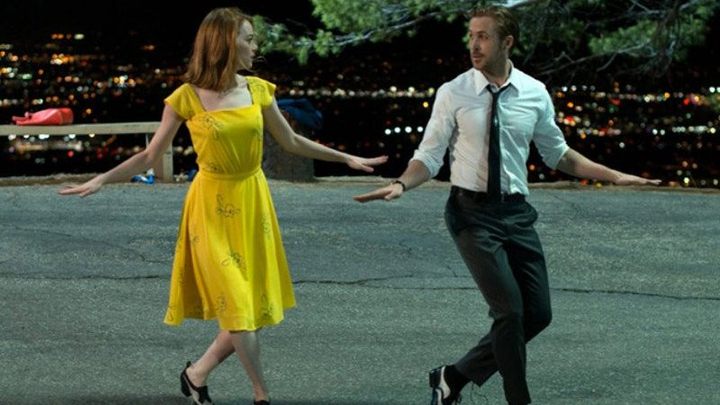 The movie was directed by young Damien Chazelle and it was something people hadn't seen for a long time  an intimate picture with a distinct vibe. Visually and musically attractive but also with an unusual script.

We have everything here-great love, the pursuit of dreams, success and impossible choices. The musical delights not only jazz and retro fans. La La Land is approaching the limits of perfection  it's a bittersweet dessert in which almost everyone will find something for themselves.

Ryan Gosling and Emma Stone are so convincing that rumors of their alleged off-set romance quickly surfaced. There's chemistry between the actors. It makes La La Land so full of emotion.

The film won six Oscars - for Best Director, Original Score, Best Song, screenplay and cinematography. The statuette for Best Lead Actress was also won by Emma Stone. At the box office, the musical failed to reach the level of blockbusters, but $446 million is still a pretty impressive sum.

Damien Chazelle had been nominated for an Oscar two years earlier for his portrayal of Whiplash. Although it was not rewarded at the time, it quickly won the acclaim of critics and the trust of producers. This allowed him to make La La Land in 2016 and First Man two years later (which, however, won "only" one Oscar and was not nominated in the main category). His new film, Babylon, is coming soon (it is not known when, for now, coronavirus has changed the schedule of many distributors).