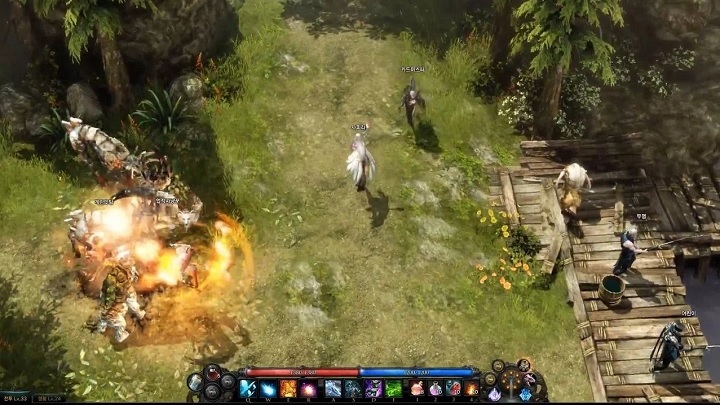 Lost Ark is a game by Tripod that has been talked about for a good few years now. For now, the title is available only on the Asian market, but everything indicates that this year, the game will also appear elsewhere in the world. Lost Ark is the Korean answer to Diablo andPath of Exile  the emphasis is on online gameplay, but we can also find a single-player campaign, in which the story revolves around the classic fight between good and evil and the search for the lost artifact protecting the world.

Starting the game, we'll get a choice of eighteen character classes, which are a kind of Asian equivalents of typical RPG archetypes, spiced up with many original solutions. Of course, we will be able to develop our hero and equip them with new skills to match our own fighting style. A large part of the gameplay will be based on PvE (killing hordes of opponents and clashes with bosses) and PvP, but in addition to this, we will indulge in activities such as collecting resources, finding treasures or fishing  in line with what we know from many other MMOs. The graphic design, powered by Unreal Engine, seems to stand out.