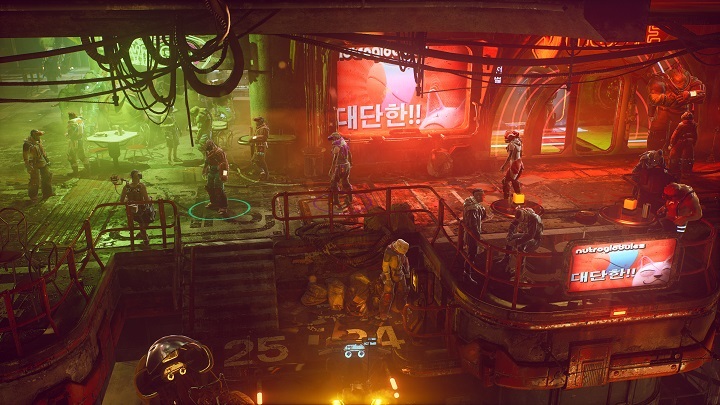 Announced in early May, The Ascent is the debut production from Neon Giant, a studio that includes developers who have worked on games like Doom , Far Cry 3 and Bulletstorm. The developers have set the goal of creating a dark, action-packed isometric RPG in a cyberpunk setting, in which players will have to learn the reasons for the downfall of The Ascent Group corp, which until recently controlled everything it could. The sudden freedom, however, did not make life better for everyone  society was left at the mercy of thugs and minor competing businesses.

During the dangerous adventure, we'll face different kinds of enemies, defeated with the use of futuristic weapons and equipment. Armament, of course, will come in many variants, so players will be able to match the arsenal to their style. There will also be body modifications, which will undoubtedly come in handy in combat. At first glance, skirmishes may not resemble clashes of the classic hack'n'slash, but shared gameplay clips reassure there's plenty of action and enemies to smash. Last thing worth mentioning is that the whole story campaign will be available in co-op mode, and The Ascent will be also available in Xbox Game Pass.