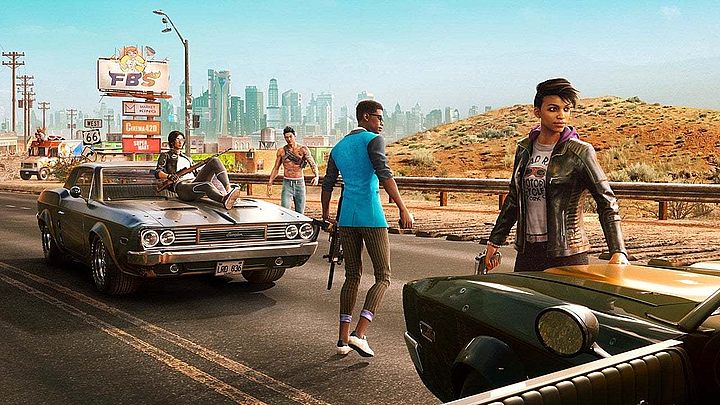 Saints Row is not so much a continuation of the famous open-world sandbox series, but its soft reboot. It's true that the game is still kept in a humorous, sometimes even absurd tone, but this time we have the opportunity to play as completely different heroes, forming a gang and traveling around a completely new, quite spacious city of Santo Ileso. Not only fans of the series were waiting for this title, but also everyone who wanted to taste the open world in the GTA style. At one time, despite clear budget differences, Saints Row18×16 svg was called a little less powerful cousin of Grand Theft Auto.

Unfortunately, almost everything. Many people say that the new Saints Row is worse than the fourth part, released in 2013, for Xbox 360 and PlayStation 3. Expired gameplay formula can be seen, for example, in poorly developed combat and driving systems. The story, in turn, although full of more or less successful jokes, is not engaging, full of boring tasks and has lost its teeth, the shocking qualities of part three:

Saints Row is also ailing from the technical perspective – graphically, we're dealing with a game that is far from next-gen quality, and the only “modern generation” thing connected with it is the horrendously high price. So, if you intend to have fun, you have to turn a blind eye to many shortcomings. It's a pity that Volition has been failing regularly for several years, because it used to be a really important brand.