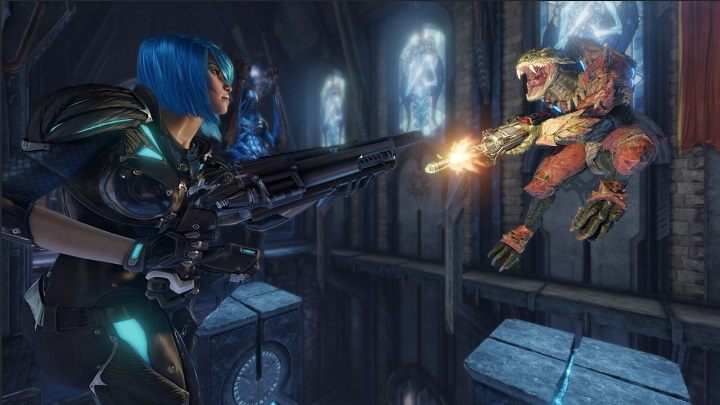 Even those who haven't had the chance to play Quake have surely heard about it. Calling it the grandfather of FPS isn't a hyperbole. The solutions that appeared in the original game were revolutionary at that time, especially in the context of online play. It's no wonder that the hopes of fans were high, when, long years after the release of the last full-fledged entry in the series, the next part was announced. It, however, didn't turn out to be what the most loyal fans hoped for.

Although the foundations of combat in Quake Champions remained largely unchanged, the developers decided to introduce a few innovations. Players were given the ability to choose different heroes, each of whom had unique abilities useful in battle. This rather significant change was not to the liking of hardcore fans, who were not used to modern solutions (although some approved of this novelty). One of the shortcomings of the latest Quake were also the micropayments, which are already pretty much a given in modern online games, which only further exasperated the old guard. However, it is difficult to unequivocally judge the things that did and did not work out for Quake Champions – perhaps the developers simply weren't able to keep up with industry trends, but on the other hand, we don't even want to imagine the backlash of veterans that would be generated by announcing that Quake is going battle-royale.