Gamefreak has made it no secret that going forward, all Pokemon games will not include the entire Pokedex from launch. This has been proven with Sword & Shield still missing over two hundred Pokemon even after two rounds of DLCs. The Pokemon fanbase has been very divided over this issue since the launch of Sword & Shield. Unfortunately for those fans, Pokemon Legends: Arceus doesnt seem to be alleviating that loss. 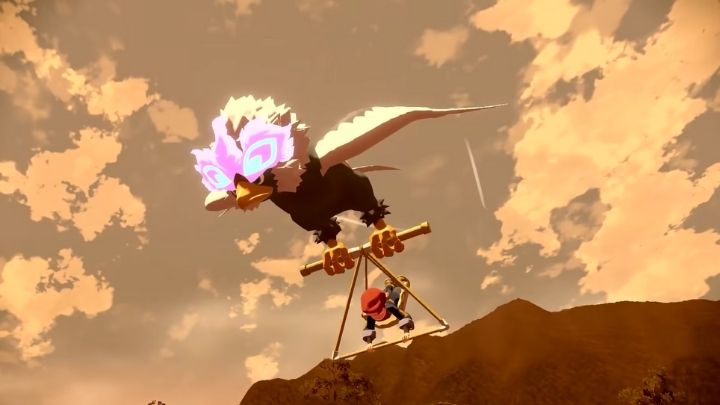 Since Legends: Arceus is taking place in a past version of the Sinnoh region, the region in which the Diamond & Pearl games take place, it makes sense that the focus would remain on Pokemon originally from those games. This is shown by the fact that only four Pokemon from more recent games have been shown to appear. Two of these Pokemon are starters, Rowlet and Oshawott, who are specifically brought by the professor from other regions. The other two are Basculin, who has a new evolution in Legends: Arceus, and Braviary, who has only been shown in its new and exclusive regional form. Also, of all the Pokemon originally introduced in Diamond & Pearl, only a handful have yet to appear in trailers or screenshots for Legends: Arceus, indicating that a huge percentage of the Pokemon in this game will be those native to Sinnoh.

Gamefreak has announced that despite the two new games coming out over the next few months, Pokemon Sword & Shield will still be the primary platform for competitive play. Both new games are also planned to connect to Pokemon Home, the software that allows Pokemon to be transferred between games. This could mean that upcoming games like Pokemon Brilliant Diamond & Shining Pearl as well as Pokemon Legends: Arceus will focus more on bringing missing Pokemon to Sword & Shield. It is worth noting that the largest groups of Pokemon that still havent made it into Sword & Shield yet are from the Diamond & Pearl games. So this could be Gamefreaks way of completing the Sword & Shield National Dex without needing to do more DLC.

Out There Theory #4: There Are More Fighting Styles Than Just Strong and Agile

Pokemon Legends: Arceus is making a lot of changes to the Pokemon franchise, and one of the biggest ones is the battle system. Past games have all followed the usual turn-based style, where each Pokemon gets to act once on each turn, with the speed stat determining who goes first. Legends: Arceus is implementing a new style, where according to the website, Pokemons stats and other factors determine how many actions each Pokemon gets to take and in what order. Sometimes this does seem to allow Pokemon to take two actions in a row.

The player will also have access to two fighting styles, Strong and Agile, which can be applied to Pokemon moves. Strong Style will increase the power of a move, while simultaneously lowering the potential number of actions a Pokemon can take. Agile Style will do the opposite, lowering the power of the move, but increasing the potential number of actions the Pokemon can take. There is still a lot to learn about this new battle system, but it is certainly a huge change from how things have worked in the past. 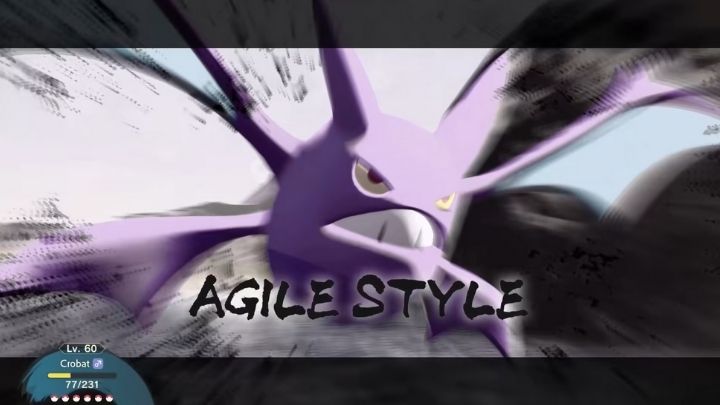 A screenshot on the Legends: Arceus website shows an Alpha Honchkrow utilizing the agile style, proving that wild Pokemon will be able to use these styles as well. Perhaps defeating alphas will gain the player access to various styles. The website also mentions that Alpha Pokemon will drop rare items upon being defeated. The scrolls that seem to be associated with the fighting styles in some screenshots may be rare items that can be applied to a Pokemons moves.

But, the out there theory here, which might not be too out there, is that Strong and Agile are not the only fighting styles that will be available. It seems like too good an opportunity not to add more fun and engaging fighting styles. Here are a few examples of what other fighting styles could be:

Accurate Style, a style that raises a moves accuracy, but lowers the number of actions a Pokemon can take.

Effective Style, a style that lowers the number of actions a Pokemon can take but ignores resistances.

Returning Style, a style that mimics the effect of moves like U-Turn or Volt Switch, allowing the user to switch out after using a move, but then lowers the number of actions the incoming Pokemon can take.

Theres many opportunities for variety here, which could be a way to make battles more engaging, rather than using Dynamax, Z-Moves, or Mega-Evolution.