One of the most peculiar things about Pokemon Legends: Arceus is how the starting Pokemon are being handled. Normally, a remake will feature the same Pokemon that were starters in the original game, while a new game will feature completely new starters. Legends: Arceus instead allows the player to choose between Rowlet, a starter from Sun & Moon, Cyndaquil, a starter from Gold & Silver, and Oshawott, a starter from Black & White. The typical Sinnoh starting Pokemon from the Diamond & Pearl games, Turtwig, Chimchar, and Piplup are instead found in the wild, making them perhaps the first starters that players can actually encounter in the wild. 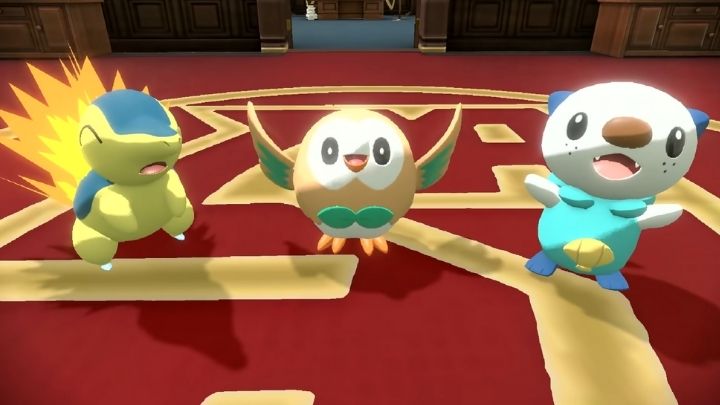 This does make sense given that Legends: Arceus focuses its gameplay on discovering the region for the first time. Of course the player couldnt start off with a Pokemon from that region if those Pokemon havent even been discovered yet. One interesting detail, however, is that none of the evolutions of these starter Pokemon have been shown in any trailer or screenshot. Since many of these evolutions (like Typhlosion and Decidueye) are fan favorites, it seems strange that these evolutions would not be featured in trailers, especially because Cyndaquil and Oshawott have not made it into Sword & Shield yet.

Because these evolutions have yet to appear in any trailers or screenshots, its possible that Legends: Arceus will feature alternate evolutions for them. It really does seem strange to be waiting to reveal the normal evolutions when fans would already assume they are in the game. There wouldnt really be much of a surprise or excitement in keeping them hidden. On the other hand, the evolutions of these Pokemon have been very well received, and the fact that two of them havent been in Sword & Shield yet, and most likely wont be in Brilliant Diamond & Shining Pearl either, means theres a chance Gamefreak will still choose to cash in on the nostalgia rather than take the risk of introducing new forms.

Out There Theory #5: Alpha Pokemon Will Appear During Timed Events While Exploring

Drawing inspiration once again from other Nintendo Switch games like Breath of the Wild and the more recent Super Mario open-world game, Bowsers Fury, this theory focuses on the Alpha Pokemon. These larger Pokemon are shown as furious and aggressive opponents with glowing red eyes. However, there also seems to be some mystery as to how these Pokemon got this way. One of the Pokemon Legends: Arceus trailers shows a small cutscene of lighting and thunder in the sky, with a particularly threatening-looking thundercloud forming over Mt. Coronet. A huge lightning strike then blasts the ground, and it seems this is what enrages the Alpha Pokemon. 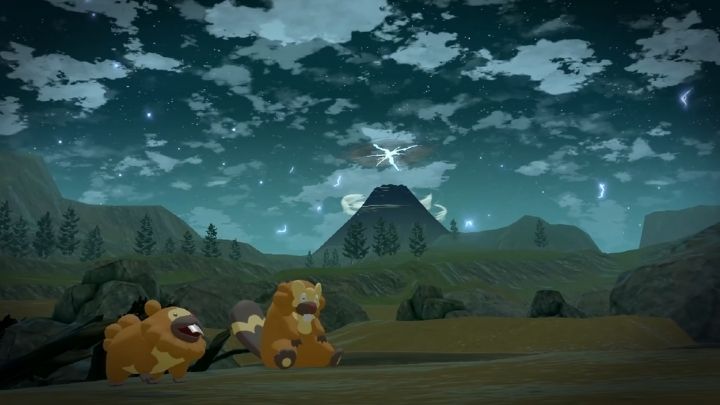 This could be an event that occurs during certain time intervals, much like Breath of the Wilds monthly Blood Moon, or Bowser waking up in Bowsers Fury. These events take time to build, and eventually, the effects are noticeable in the world, until the game pauses, a cut scene plays, and the player now has something new to deal with. The activation of the Alpha Pokemon might be shown in a similar same way. The lightning over Mt. Coronet could also be a clue indicating that Arceus is the one causing these outbursts. Figuring out the mystery of these lightning strikes and aggressive Alpha Pokemon could be what pushes the story of Legends: Arceus forward.

So there you have it, a few ridiculous and a few reasonable theories about the upcoming game Pokemon Legends: Arceus. Theres no telling how farfetchd some or all of these theories might be until more information is revealed. Unfortunately, some things will remain a mystery until Pokemon Legends: Arceus releases for the Nintendo Switch on January 28th, 2022.