Song of Horror In a Nutshell:

I have heard an opinion that people living in cold northern countries have vulnerable souls that are prone to depression, easily become introvert and even fall in love with dark themes. Southerners, on the other hand, have a very positive attitude and are very relaxed extroverts. Meanwhile, debutantes from the Spanish Raiser Games studio have decided to prove that they're as keen on scary atmosphere and dark themes as most experienced horror designers. Thanks to the developers, we have received an opportunity to spend some time with one episode (of the planned five) of Song of Horror. This article will prepare you for the Halloween premiere of the first installment of the game which consists of first two episodes. 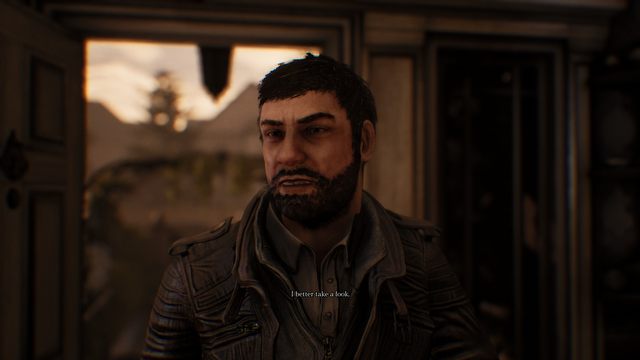 That's not the prettiest face in games.

Song of Horror is a game which pays tribute to the classics in a such profound ways that at times it may even seem a bit archaic. All veterans of horror video games who started they journey with Alone in the Dark and then couldn't decide what was better  Resident Evil or Silent Hill , will feel like home after they launch Song of Horror. In a haunted house, full of evil forces and surrounded by dark powers from all sides.

The action involves the disappearance of a famous writer who should deliver his latest novel to the publisher. However, his trail has disappeared, and everything indicates that he has spent his last moments in his own house. Daniel, an errand boy working for a publishing house, travels to the estate to look for the traces of a missing man and... also disappears. The first episode begins when one of the four characters to choose from (Daniel's ex-wife, forensic investigator, writer's servant or security system technician) opens the door to the unlucky house to find out what has happened to the aforementioned missing characters. 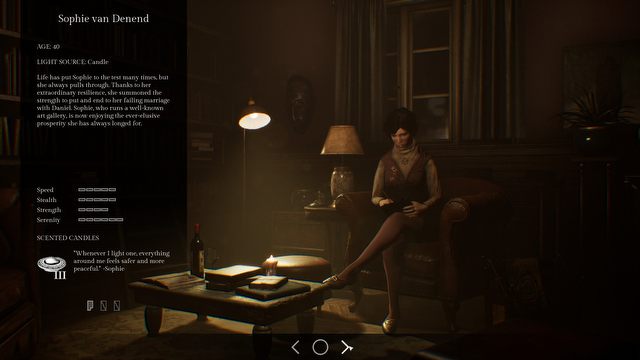 Choosing a hero has an impact on the difficulty level. 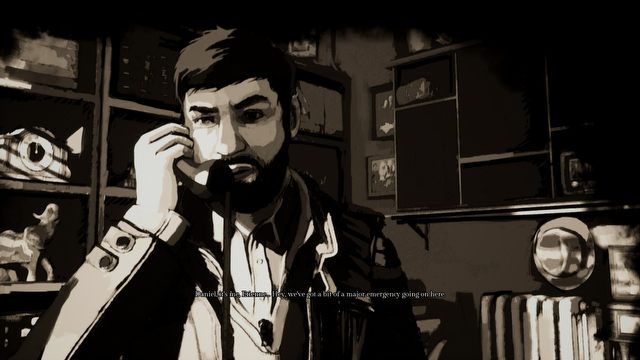 There aren't many cutscenes, but at least they're ugly.

There are three basic rules governing Song of Horror  the camera does not follow the character, it is always located somewhere in the environment, there is no combat at all, and the story can advance further only when you solve upcoming puzzles. Each of these principles has its own pros and cons.

The position of the camera allows to enhance the atmosphere and conjure additional layers of dark noir cinematic experience, but it can be frustrating as you move quickly. If the character goes up the stairs and halfway down the road the camera's direction of view suddenly changes by 180 degrees, it's very easy to accidentally move in the opposite direction. If you have to react quickly in order to close the door and prevent the darkness from entering a room then you can accidentally run into furniture and obstacles as if you were Mel Gibson after at least 3 beers.

Speaking of darkness... The vulnerability of the characters is intensified by fear, but two ways in which the dark force (called the Presence by game developers) is used in the first episode to defeat the player, look pretty annoying due to their technical design rather than causing an instant heart attack. 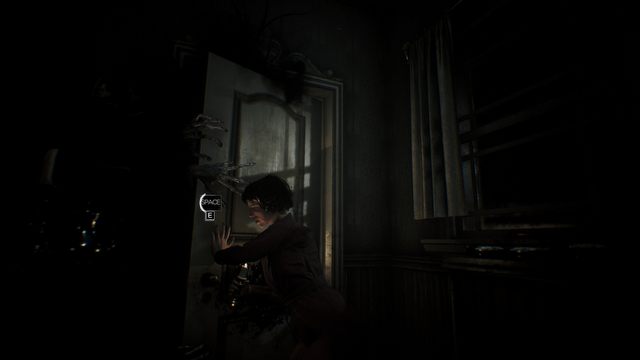 The salesmen are overreacting.

The first one occurs when darkness attempts to break down the door, which the character has to slam several times (what a laugh... oh dear)  let's say that this one is acceptable. Although, repeating it for the fifth or sixth time, is simply tedious. The second option is a sudden attack from everywhere that requires you to hide in a closet or under a table. Then, your character has to calm and decrease his/her heart rate. To do so, players have to hit space bar according to the rhythm of a raging pulse. Everything would be fine, if not for the fact that even the hummingbird would have had trouble to match the rhythm and successfully press the spacebar in the right time. Yes, the fear of such an attack is real, but not as a result of a horror experience. You are simply afraid of losing another hero, which in turn may bring you closer to the frustrating moment when you have to restart the episode and once again begin the story from a scratch.

Artificial intelligence can be scary

The Raiser Games development team praises the AI mechanics that have been featured in their game. And indeed, the concept seems really interesting. The evil force is controlled by artificial intelligence, which learns the player's behavior and appropriately doses amount of fear. If you run around all available rooms, you are more likely to be attacked by the Presence, while cautious people may get more warnings such as cracking bulbs. It sounds cool but actually it seems that this advanced AI can be reduced to a single statement of "everything happens randomly here". Game's description is much more interesting than the events during the gameplay. Maybe it'll get better a bit later.

Before I move on to the third rule of Song of Horror, the riddles, I would like to pause for a while and mention a few words about the characters. The idea that gamers should decide which character will enter the house is fantastic. Heroes differ in speed, stealth abilities, mental resilience and strength, which affects their actions inside the haunted house. A stronger character will close the door more easily, and a bit calmer hero can relax his/her heart palpitations at much faster rate. In addition, heroes make various comments. Also, they have some abilities. For example, the servant is able to turn off the alarm immediately, as he knows the code. 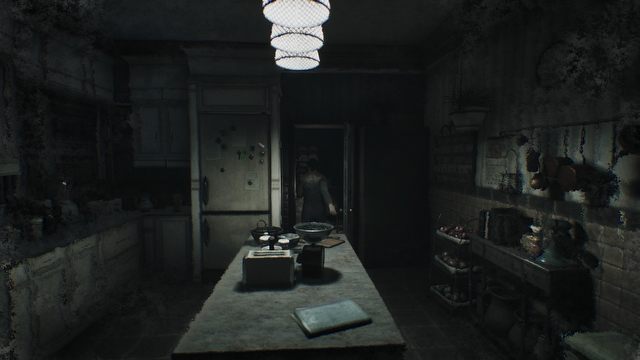 It's cold in the kitchen, you have to go.

The loss of specific character means his/her permanent death  then another hero enters to the action, who has to find the "lost" items of the previous character and continue the mission. So one life equals one particular hero. This is an interesting and courageous move; if this feature is going to be used properly in subsequent episodes of the game, it may become one of the most important advantages of Song of Horror.

Coming back to the rules, the riddles are interestingly embedded in the plot and surroundings. They don't seem to be meaningless, but force player to laboriously run around the property. Activity required at the end of the episode was described so vaguely that I reached the finale only by an accident and the aforementioned running over the whole place. At least every item that can be found has its own function and is essential to the story  there is no situation where developers have simply thrown something in to mislead you. 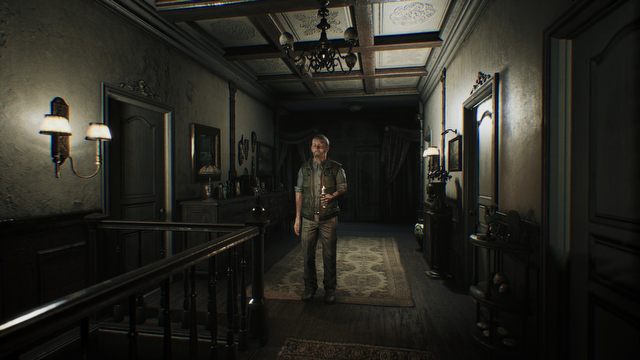 It's pretty nice here, isn't it?

The first episode of Song of Horror brings up a bit of mixed feelings  half of it is an inventive, quite good and interesting game, but the other half is just somewhat clumsy, annoying and frustrating. Graphics? Sometimes it's marvelous  the interior of a gloomy house is full of details, the manifestations of Presences are intriguing, and the camera shots perfectly match the gothic theme of a horror movie. Unfortunately, clumsy character animations and horrible facial expressions kill the mood and sometimes may cause a good laugh instead of fear. Music intensifies the atmosphere, but it is a pity that the game lacks a lot of spoken dialogues  the most important sections and conversations have been recorded, but probably the budget restrictions forced the use of subtitles during most interactions. Or maybe it's just the temporary specification of the version we were playing. Fortunately, the game runs very smoothly and I did not come across any serious bugs. 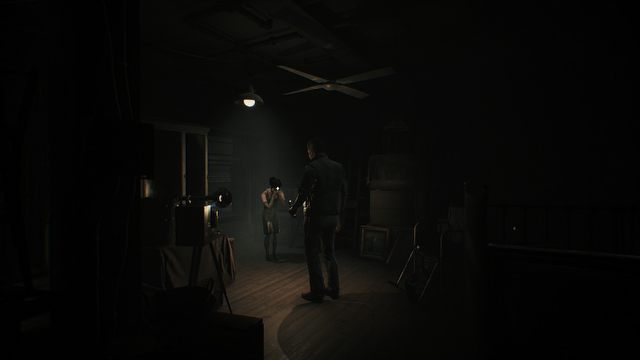 There's a girl crying in an abandoned house, will you approach her?

To complete the first episode of Song of Horror, it may take approx. three hours when, just like me, you have to do it three times. If you know what's going on and what is going to happen at certain moments  even 30 minutes should be enough. At the current stage, the game has a potential, which developers promise to expand in following episodes of the story. However, I assume that it may be slightly too late to improve some of game mechanics. Some irritating elements may return in the final version of the game. Anyway, if you miss Alone in the Dark and the classic Resident Evil, maybe SoH will blow you away? 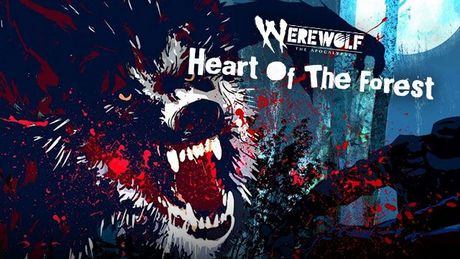 In an Ancient Polish Forest  Werewolf: The Apocalypse  Heart of the Forest Preview

In the old-growth Bialowieza Forest, there're werewolves living next to bison and wolves. The Warsaw studio brings the old Werewolf: The Apocalypse system to the Polish country. But is a literary paragraph game enough to interest players around the world? 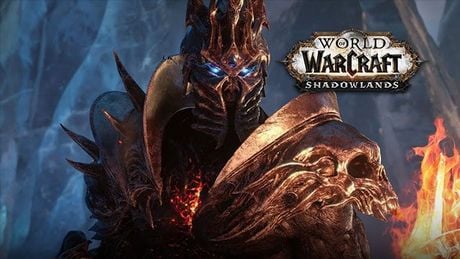 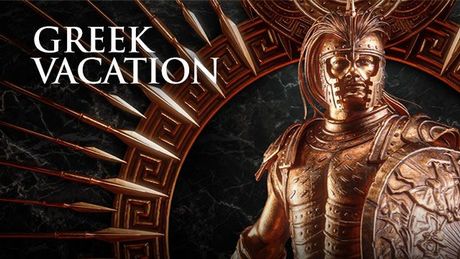 The Total War series doesn't slow down. A little over a year after the Three Kingdoms, Saga Troy will debut on the market. It is theoretically a smaller production, but after a few hours, I'm already sure it will yield dozens of hours of fun.

Song of Horror for PC turned out a pleasant surprise for our users - the current average score is higher than pre-release user expectations.

Our reviewer rated the game 6.5/10, you can read full review here: Song of Horror Review  Often Scary, but in the Wrong Way