What if those days just won't come back? 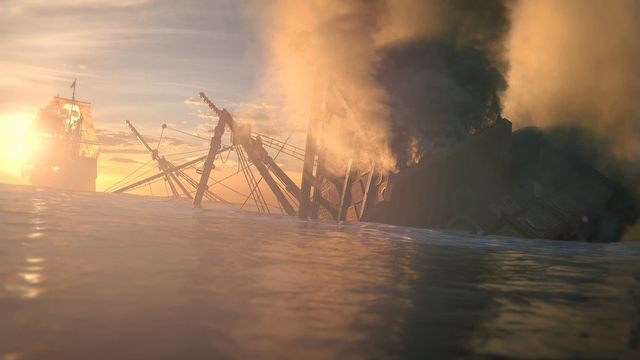 But I may exaggerate a little. The niche that games like Port Royale have gone into is doing pretty well  we regularly get either indie games or another part of a well-known series. With the recent and glorious return of Anno, we're looking forward to the equally great return of The Settlers  if the rightful beauty of Port Royale was also reconstituted, perhaps we will be talking about a little  tiny  revival.

I wonder  a little against myself  is the gameplay formula from part four not exhausted already? What do we need games that make us relive the past? Is bringing the old mechanics up to date in terms of technology enough, or do we need innovation? I mentioned Anno a few times, because that game did a great job of showing us that it's possible to combine the astonishing scope and complexity of hardcore games with the technological bells and whistles of the mainstream. Will Port Royale 4 attempt just that? 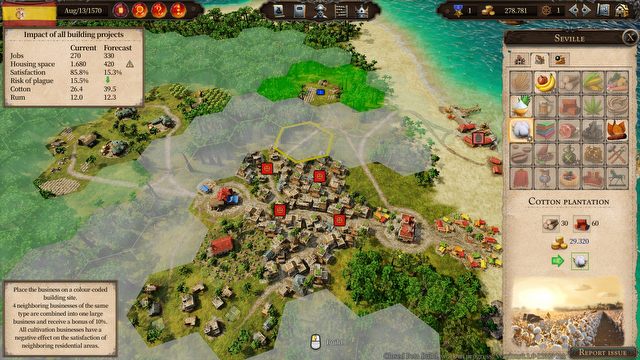 The few hours I spent with beta convinced me that, for now, the production is mainly addressed to fans of the genre and of the series. All the mechanics from the predecessors have been recreated and adapted to modern standards. This game brings a clearly old-school vibe with all the trading, exploring and fighting in the Caribbeans. Shortly after entering the world, I started going through the city's product lists to find a way to strike a golden deal. That was always the crux of the game for me. Here, in addition, we can search for treasures, do simple tasks or suck up to the authorities. And, of course, fight for domination in the Caribbean (though, let me remind you, we're not playing as pirates per se). 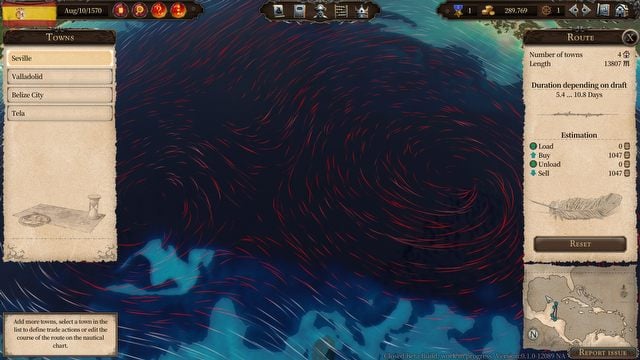 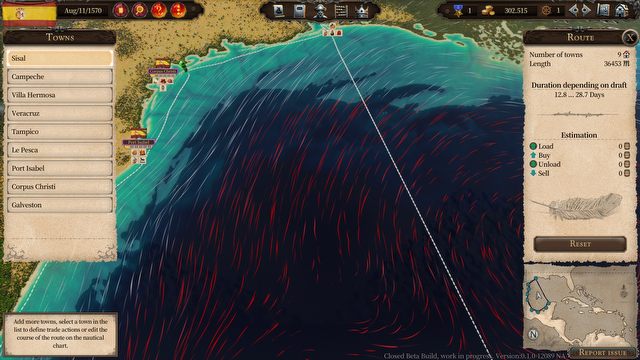 Set a trade route like this through rough waters, and you can forget making safe and good profit.

There are some things that surely need improvements (remember I was only playing the beta, so a lot is bound to still change). I mentioned the interface, which can constitute a major hindrance for a newcomer  I think another element like that is lack of map filters that would allow you to quickly find out which goods are needed in which cities  all the more puzzling since most economic games have them. Unfortunately, we now have to check local markets "manually," looking at each city individually. It has its charm, but I wouldn't try to stop progress.

The sight of sea currents is sensational, on the other hand  the game employs a system that visually resembles satellite images. The map shows animated currents that have a real impact on the gameplay. We can set up a trade route without considering these  risking a significant slowdown in transport and additional expenses, or take a moment to create one that's perfect  driven by the wind, it will multiply our profits. 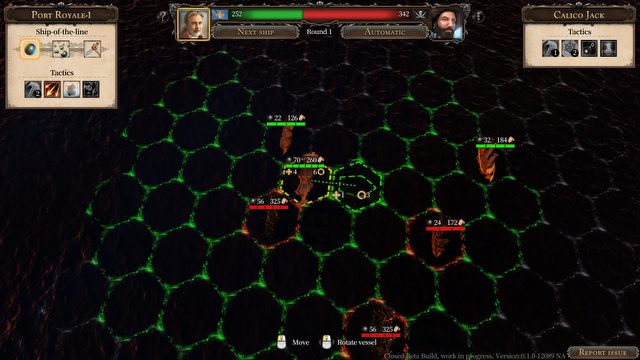 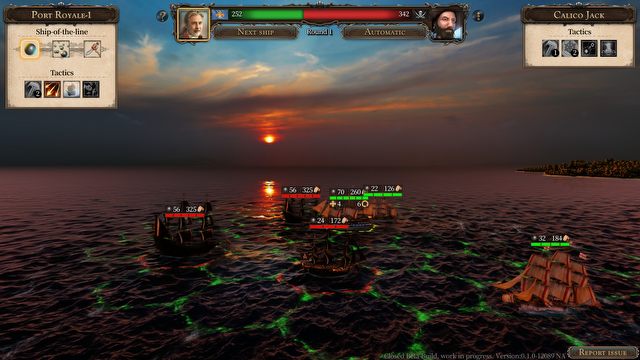 Revolutionary changes were also made to combat  this time, it will be turn-based and take place in an "arena" composed of hexes. There is not much I can tell you about it yet, because the new combat was still rather sketchy in the beta. The top-down view was far too dark and didn't look really good in general. But should everything as promised, it looks like we'll get an elaborate, tactical mini-game, with skills and statistics. I miss the real-time combat on the high seas a bit, but perhaps it's just my innate fear of what's new. This is not the most important element of the game, too. For now, the fight in Port Royale 4 promises to be interesting, though it doesn't really show teeth. By the way  the option to automatically decide a battle has been added (you can even cancel it if you lose and fight it yourself).

Give this game a chance, landlubber 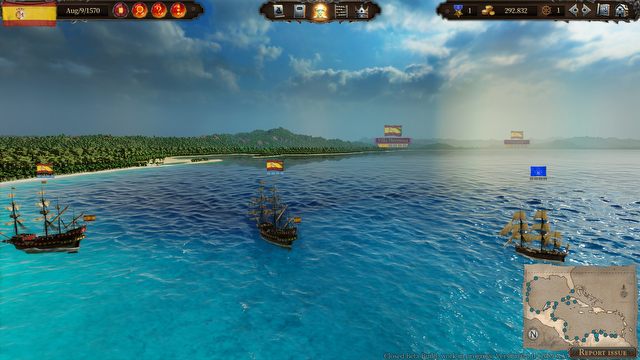 Not everything was in working order in the beta. I mentioned the static map, but the impression of a certain deadness was also underlined by the lack of some key sounds, e.g. ships, which sail in complete silence. Most of the time, we basically hear only music, which, like every music in every game, was composed to not disturb, rather than to be particularly memorable.

I worry about combat, although I think the creators will try to refine it before the release (and add sound  here, I didn't hear literally any sound either). However, the general direction in which Port Royale 4 is headed is great, and although it probably won't redefine economic strategy, it looks like a nice trip back in time to the heyday of city-builders and RTS. If the game will be released in good state, polished and all, then our only concern will be getting the best price on tobacco, sinking ships, and making the money run. Keep your eye on this ship.

According to our users, Port Royale 4 for PC was a disappointment - the expectations before the release were higher than the current average user score. Our reviewer rated the game 5/10, you can read full review here: What Do We Do With the Drunken Gameplay - Port Royale 4 Review