Okay, and what is Sony's equipment hiding inside? If you regularly follow the previews, you probably already know the device specifications by heart. However, it's also possible that the only thing your remember about PS5 specs is "SSD." In this case, here's an overview:

Looking back a little bit, one could have an impression that PS4 was a little outdated upon release. 7 years later, the specification of the new console looks much better  both on paper and in action, and above all: taking into account the price to performance ratio.

Although the new Ryzen 5000 CPUs available since yesterday leave their older siblings behind, equipped with 8 physical cores (16 threads) of AMD Zen 2 CPU, coming in a console that costs $500, is simply impressive. And let's add to this a graphic card capable of ray tracing. If we wanted to assemble a PC with similar capabilities, I doubt $1000 would suffice to even get the processor and GPU with similar capabilities. Not to mention the remaining components. 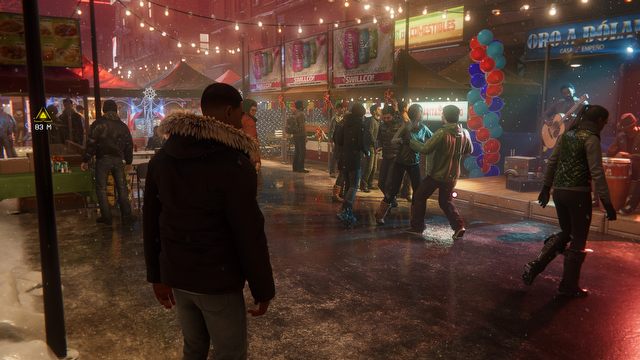 Some of you have already noticed that slogans such as 8K and 120 FPS appear on the PS5 box and in advertising materials. Of course, purely theoretically, the console could afford such attractions, but in practice they will be limited to the console menu or very simple graphical games  and no one is saying that 8K and 120 FPS are to occur simultaneously...

Samsung was nice enough to send a QLED Q80T TV equipped with a 120Hz matrix to our office for testing the new consoles. Unfortunately, I was not able to experience these 120-fps bells and wistles. Already the first titles prepared for the new generation gave me a clear choice: full graphics effects  including ray tracing  in 30 frames per second, or a slightly downgraded graphics, but in smooth and stable 60 fps.

Me, after finishing the review.

I have to admit that it was a very difficult moment for me  I understand that the creators have yet to "learn" new equipment, that ray tracing is quite resource-intensive, and that AMD's GPU does not have 2 years' worth of experience in testing the RTX, unlike Nvidia. I also realize that 60 frames per second in native 4K resolution on a PC is impossible in this price segment. I understand all these things, but it absolutely doesn't relieve my frustration with the fact that, after years of waiting, a new generation has arrived and we still have to play in 30 frames to see how the game in full splendor.

I've said this before, and now I'm going to repeat my own words  it's very hard not to get the impression that for now, the leap in quality (at least in terms of design) between the PS5 and PS4 Pro is smaller than that between the PlayStation 4 and the PS4 Pro. Don't get me wrong; Spider-Man: Miles Morales looks lovely, but it's nowhere near jaw-dropping.

I hope the developers will be able to better optimize their games in time. Although the next generation is already here, I still don't see a title in the near future that would really prove it. So far I've had fun with these reheated games, but you have to say it out loud  buying next gen doesn't really make sense unless there are fresh games to play.

Not golden? Is that possible? :)
Previous
1234567
Next
Most Read Articles
Editors' Choice