DualSense is cool, but...

According to Sony's suggestions, every player should try the game added to each PS5 to learn the full capabilities of the controller. We're of course talking about Astro's Playroom. After a few hours of playing, I was delighted with the capabilities of the new pad and couldn't wait for the next titles.

Certainly every owner of PSVR knows Astro Bot, or they should, since Rescue Mission is one of the best games prepared for virtual reality on PS4. The continuation offered to PS5 owners does not differ much from its predecessor (except, of course, for the fact that it does not require a VR set), both in terms of gameplay and graphic design  although here you can see a big step forward, such as increasing the amount of detail and quality of smoke effects, reflections, etc. I have a great fondness for Crash and Spyro, I have no doubt that for the new generation of players it is Astro Bot that will be the mascot of PlayStation.

The platformer prepared for people buying a Sony console is a perfectly realized showcase and a kind of guide to the world of PS5. Thanks to it we learn how the strongly advertised adaptive triggers and haptic feedback work. We will use the gyro, touch panel and microphone, all of which the DualSense is equipped with. By the way, the latter is still on by default, but if you are concerned with privacy, you can quickly mute it with a separate button on the controller.

In Astro's Playroom, all of these functions  both new and old  work great: the resistive of R2 and L2 buttons and the completely new vibration mechanism are an inseparable part of the game. Gameplay will teach us properly tilt the pad, blow into the microphone and use the touch panel. And all this in a creative and fun way. Add to this a slightly changed shape (now more like on Xbox) and a very nice underside of the device (slightly porous for a better grip). All this makes the first moments with PS5 really enjoyable.

So don't be surprised that my first opinion about DualSense is so positive. Thanks to Astro's Playroom. Unfortunately, it gets trickier. Titles from the previous generation mostly don't use all these haptic-adaptive gimmicks (and even if they do, they don't do it fully). We have to wait for true next-gen games.

The knobs provide better grip than on Xbox.

The few hours it took me to complete Spider-Man: Miles Morales unfortunately didn't get me optimistic. The new vibration system works all the time, they are very subtle, so quite quickly I just... forgot about them. Adaptive triggers, on the other hand, do not let you forget about them throughout the entire game. Only not in an entirely positive sense.

If you've played Spider-Man's on PS4, you know that the web was controlled with right trigger. One tap and we keep swinging. Someone at Sony apparently said it would be fun if the adaptive triggers were active for this incessantaction.

During an intense chase, when you have to be pretty focused to avoid all the bullets and missiles. At the same time, I've had a hard time getting past the trigger threshold, thinking I've launched the web, whereas in fact I haven't. . It takes some getting used-to, as the trigger doesn't activate until it's pressed about three-quarters in. . It's not difficult, nor even irksome, but it also isn't intuitive. 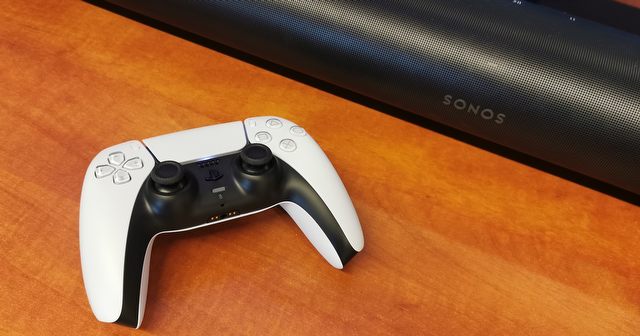 I have a few problems with this solution. Until we learn how adaptive triggers work in a given game, we will practically never be sure at which point the R2 or L2 triggers are actually activated. We can also adopt an aggressive variant and attack triggers every time with all the force our fingers have. It probably won't end with our injury, but I have a lot of concerns about the life span of the pads, with which players will keep wrestling.

Perhaps my concerns are unfounded. Maybe the problem concerns only Miles Morales. Just like with the power of the new consoles, the real effects of the introduction of special triggers and haptic feedback will become more apparent in time.