The STUNNING design of robosaurs 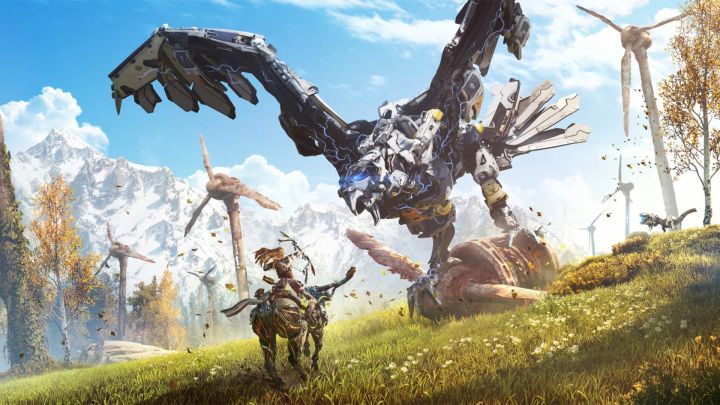 Humans in the future world only feed on rabbits. At least that's the impression, because all the larger animals in the game are mechanical. Literal combat machines of various sizes, resembling their counterparts from eons ago. So, we're first going to face velociraptors, then a t-rex, and so on. But it's a bit of an illusion, because not all robots are dinosaurs – there are also robotic zebras, boars, giraffes (extremely cute and majestic), and various birds. We're even able to mount some of them. Of course, you'll have to tame them first, and then teach them to react to your calls. It's a bit of work.

Hunting robosaurus is the quintessence of Horizon. One of the coolest ways of doing that is to set up thoughtful traps to quickly kill more monsters. But there will be a few encounters with real badass enemies in set-piece locations, and I can assure you those won't be easy.

Dinosaurs are always in fashion, but the ones here are a masterfully designed. Look at those red eyes! It's worth launching Horizon for an hour or two just for the creatures. If you're into the ancient reptiles, you won't find a more expensive and more polished game out there. 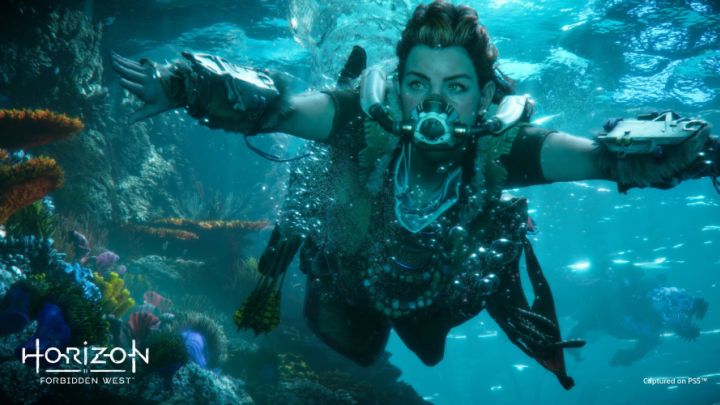 Sony's already announced a follow-up. The game will, of course, be released for the PlayStation 5 and will probably once again impress us with pace and visuals. Perhaps it will happen as early as next year. And perhaps not until 2022 – no one likes crunch. Users of Sony can already start imagining that adventure. But what about the PC?

While I am confident enough that the Red Square joke will remain relevant for a sometime to come, the follow-up to Aloy's adventures, it's uncertain whether it will eventually make it to computers. It certainly won't be a multiplatform game at launch – Sony knows where the money is. There's plenty of people who value the PlayStation precisely for fantastic, exclusive games. It is what it is. Releasing the original on the PC is likely meant to encourage more players to switch from computers to PS5, telling them "Wish you were here." It's certainly going to be interesting to see how the market shapes up in the coming years.

The second Horizon promises to be spectacular, and as an exclusive, it will certainly be an ace up Sony's sleeve.