Trolling as part of the storyline

In fact, being sneaky and two-faced is an inherent part of Demon's Souls and other From Software games. Practically each of them contains some kind of NPC that's waiting to get the better of us. Generally speaking, the narrative is always full of understatements and half-truths, especially since it often comes down to a conflict of several factions or worldviews. In Demon's Souls, for example, there's a distinction between using magic from demons, relying on faith in a deity, or simply on your own skills.

The remake reminded me of about one of the funniest side stories, which made me quite stunned years ago. In the game, we regularly save NPCs from oppression and later on, they're transferred to our base, i.e. Nexus. By definition, we help every NPC, because it's often profitable. In the Tower of Latria, however, we come across the mysterious Yurt, who assures us that he hunts demons. After being rescued, he returns to the player's quarters and... starts murdering others. If we're not careful, we may lose all characters involved in magic and thus lose access to new spells or even the possibility to modify our selection of active ones. 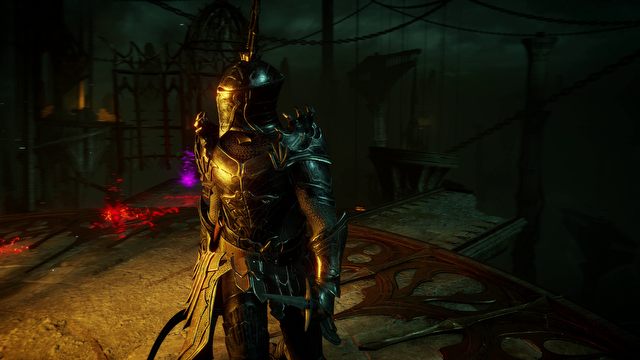 Watch out for this scoundrel.

The chief troll of Demon's Souls, as well as many other games by From Software, is, of course, Patches. It's an independent character and a merchant, whom we meet in various circumstances, but we almost always get cheated. In this game, the owner of the most sincere smile in history is waiting for us in the Shrine of Storms, guarding the landing that leads to the cave allegedly filled with treasures. Patches convinces us to look down there and see for ourselves. If we do this, he will kicks us in the back. Patches remains an ambiguous figure, because although he packs us into problems, he does it using our own greed and naivety.

When you're killing NPCs. Mephistopheles is an interesting case. He appears in Nexus if our Character Tendency reaches the absolute low, and if we kill Yurt the Silent Chief. As part of this task, it's us who have to face the NPCs from our base, which may not be so easy, as some of them have powerful spells. However, the prize is needed to get the platinum, as Mephisto drops a ring dedicated to PvP play.

Why do people do this to themselves?

Why are there so many fake hints in the game? Because they were appreciated by the community. Any hints we come across can be "thumbed up or down," sort of like on social media. Those with negative ratings are displayed less frequently. So the conclusion is that the Demon's Souls community knows a good joke from a bad one, and is able to take one or two to the chin as well. Why do players keep attacking each other? Because PvP gameplay is extremely exciting in Demon's Souls, being a mixture of combat proper with psychological and tactical elements. Why does Patches keep stabbing us in the back? Maybe he's more than a regular troll; maybe he's trying to teach us something? Besides, it is hard to be mad at him, because he always has a great excuse for his offenses.

One thing is certain: Demon's Souls is one of those games in which black humor conveyed by making other's adventures more difficult is an original part of the experience, passed on as tradition to others. It was expanded by the much more popular Dark Souls, which generated dozens of funny compilations of trolling other players. This form of fun  based on being clever and sneaky, rather than exclusively fast and skillful  is the backbone of online play today. I don't want to say here that there would be no Dead by Daylight, Amoung Us or Fall Guys without Demon's Souls because that's an exaggeration. The remake reminds us, however, that 11 years ago trolling other people was great fun.