Playing Desperados 3, I was delighted with the way the creators approached character building. These little people on screen really do have their own personalities, underlined by some nice dialogs. I really appreciated the cast of voice actors  the writing is solid, the delivery great, and they all really seem to match their personas. It's nice just to listen to. All the more so because there are no cut-scenes in the game and everything is showed in isometric perspective. 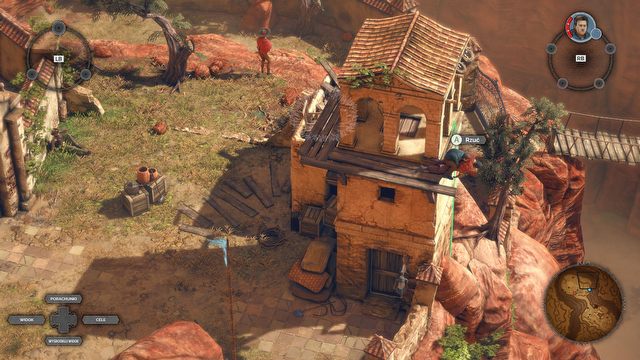 In a few missions, we play as Cooper's son. 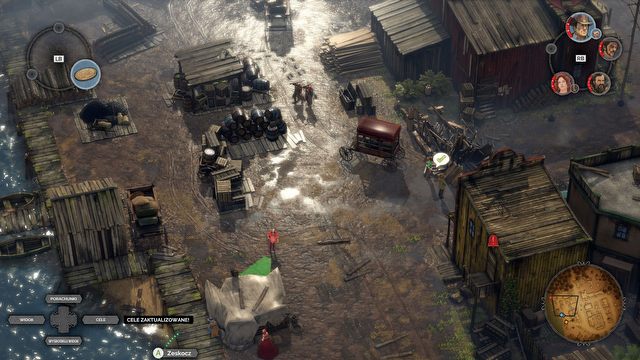 Footprints can actually alert the patrol.

The German team also did an excellent job at designing the locations. They're very diverse and really pretty, and most importantly, some of them bring about new mechanics. For example, one of the towns is really muddy after a heavy rainfall, so all characters leave deep footprints that make it easier to expose our team. The rules also change during night missions, when the guards are equipped with additional sources of light.

Sometimes we find an unexpected solution to a problem by eavesdropping on the residents of a given location or even the thugs themselves. So it's definitely not worth rushing to get the job done as quickly as possible at all costs. By exploring, we'll learn more, we'll explore the story background and we'll just have a better time. Thanks to all that, it can take up to three hours to complete a single stage. The first time, of course, since  much like in Shadow Tactics  after completing a given stage, we learn all the bonus tasks that can be completed on the second approach. 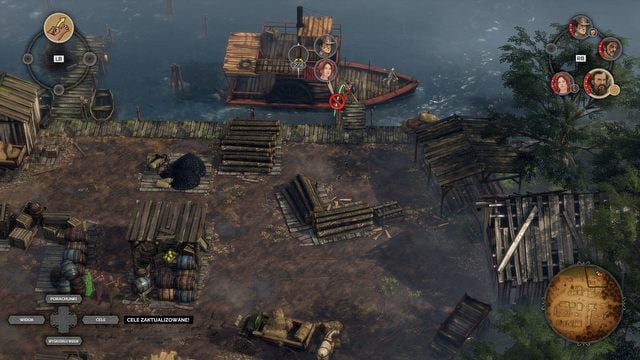 In order to finish the mission, the entire party has to assemble in a certain point.

Another fantastic idea is the active pause (it becomes unavailable at higher difficulties) to properly synchronize the actions of our characters. This allows us to eliminate larger clusters of opponents before they can raise the alarm. This is not Mimimi's original solution  the original creators came up with this idea years ago  but the execution here turns out not only efficient, but also very spectacular. When the rather slow pace of the game is suddenly interrupted by a massive shootout, you can really feel a shiver.

Whenever Hector is not involved in the mission, it also becomes necessary to have the characters cooperate tighter to kill the long coats, i.e. elite guards who are immune to all attempts of distraction or luring. It takes a bullet from each of Cooper's Colts and another one from one of the other characters to make these fellers bite the dust. 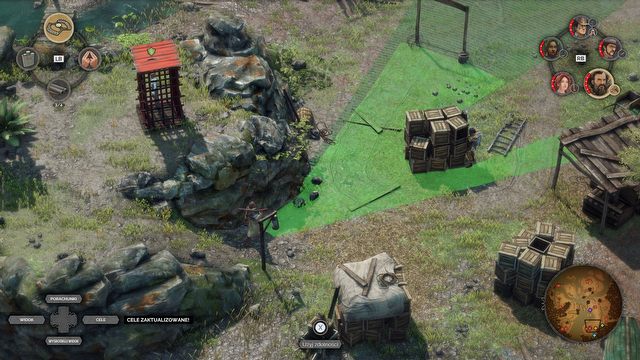 Not all the missions involve the same characters.

You can't hold much against the gameplay, either. It's rather what you expect from a game like this, and if you've played at least one stealth-based RTS, you'll feel at home here. In case of any doubt, the game explains all the dependencies via simple tutorials. If I absolutely had to take issue with something, it would be the artificial intelligence. In broad terms  it's pretty inconsistent, enemy alertness is sketchy. I was trying to figure out what's the mechanical rule for alerting enemies, but it seems to be living its own life.

The music on the other hand, is absolute master craft. Already the main menu sports a great spaghetti western theme, and it's just as interesting in the game proper. There's a broad range of compositions that reflect the spirit of the location, and when, for example, we finally arrive in New Orleans, there's more jazzy stuff going on  nice. It's also pretty elaborate in technical terms, as the different themes seamlessly blend together along with exploration. Some fine design, right there. 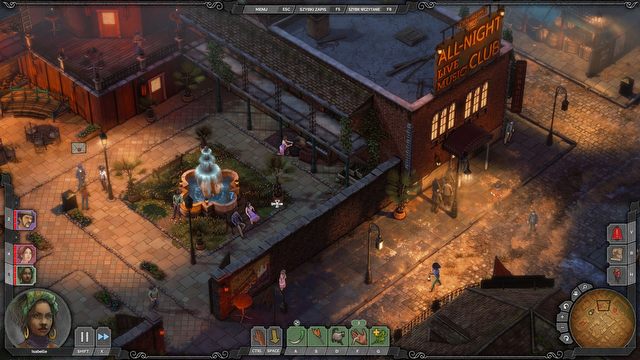 There's a different interface depending whether you're using mouse & keyboard, or a game pad.

For those familiar with Shadow Tactics, the quality of Desperados 3 should come as no surprise. Both games bring some really high quality  it's definitely above the standard of independent games. The game truly brings what's the best in the genre. There are multiple ways of approaching the tasks, the story is gripping and isn't obvious, the characters are memorable, and the difficulty is balanced perfectly, and rather than demotivate, it encourages repeated attempts of the mission. And that's important, because you'll be reloading the game a lot  it's also something to consider before you buy. However, I confess I was rather taken aback by the sheer quality of this game. Desperados 3 may not be a very original game, but it's completely fine because it perfectly assembles the available building blocks, with each elements working in tune with all the rest. Now, we wish for the equally successful return of the Commandos series.

I used to play Commandos 2: Men of Courage years ago, and today, I can't remember much other than having fun. Still, I mostly lost touch with the genre in the following years. At least until the release of Shadow Tactics, which I played... for a brief while. Only Desperados 3 riveted me to the screen with incredible force, and now I'm almost completely through the first part of the series. I have spent more than thirty hours with the game, and I think I'll pack in another thirty to complete all the additional challenges.