The game almost constantly produces goosebumps  as long as, of course, you don't abuse it and play 2-3 rounds at a time. Otherwise, with a dripping production atmosphere, it turns into a fairly repetitive title (due to a small number of available locations) and loses the effect of constant tension  although it still manages to frighten you in the least expected moments.

In addition, you can't run (holding Shift allows you to increase speed by... maybe 5%?), which makes running away from the ghost a subject of jokes  although in the first seconds when the ghost appears, no one's really laughing at all, and there is no end to the shouting of irregular profanities. You can also come across dumb bugs  for example, the inability to open the door (the ghost sometimes wants to cut off the escape route  but it is often the case that one of the players cannot open the door at all). The character's animations are also funky (especially when you look up or down, it can be hilarious). There's also been complaints about localizations that seem to have been generated by machines without any human intervention.

All of this makes it easier for the crew to laugh at the scary stuff than really get into the mood. Sometimes it's impossible to be afraid, especially when one person starts poking at the technical imperfections of the game, making us remember the threat is entirely fake. On the other hand, even in company, you can get pretty scared. Remember: it's no shame when everyone hears you scream. It's even better that they hear you squealing  at least it means you're alive. 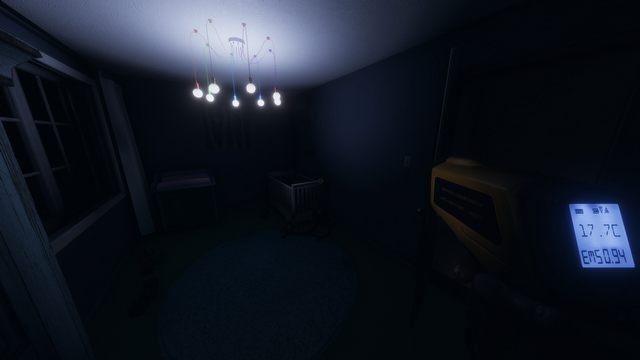 Despite the complaints, however, it's still version 0.174, and developers have a long way to go to complete the project. But the quality of the game is already decent  at this stage it's surprising that the lighting system actually makes Phasmophobia look better than many games out there. Still, there's plenty of work to be done. Creators should most of all add more new content. We could use more locations, because after a dozen games, they no longer suffice  fortunately, this is somewhat mitigated by the randomness of interiors, which promotes the replayability. I bet, though, that many gamers who already own and enjoy Phasmophobia would pay through the nose for a DLC with new locations and equipment, or maybe with new monster?

If you know any people who claim they have nerves of steel, Phasmophobia is among the best games to test that. And then try it in VR...

EXACTLY, WHAT'S UP WITH VR?

Were you afraid of the dark as kids? If so, there's a good chance a VR session in Phasmophobia will let you remember that fear well. Such gameplay is a completely different experience than playing in front of a monitor, the darkness is pervasive and simply consumes us, which makes it easier to give in to the atmosphere. The game definitely elicits certain reflexes, not all of them pleasant. I also have to warn against playing VR when there are others in the room: getting your leg grabbed is not funny at all, unless you're doing the grabbing. In that case, though, you're risking getting your head smashed with the controller.

As for the technical side of the VR  Phasmophobia isn't Boneworks or HL: Alyx. Interaction with objects is quite limited, you can't move them from hand to hand, you can't freely pick them up and pull them towards you. Then, if you want to edit VR settings, you need to go back to the main menu. You can switch between free movement and teleportation, as well as turning around smoothly or making snap turns  and I recommend the latter. Despite some difficulties in setting up Phasmophobia, the game's practically begging you to play it in VR.