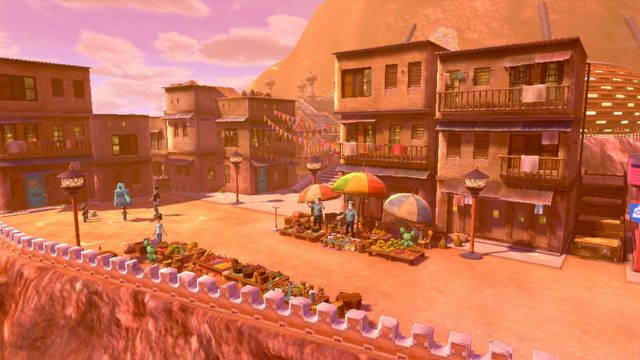 The new work from Game Freaks quickly introduces us to several key novelties. They all look quite impressive, but not all of them are useful. The main ingredient of both the world and the plot, as well as the mechanics, is the Dynamax transformation. In essence, the transformation allows the Pokémon to expand to truly huge sizes in the right circumstances (or rather: the right places). With this mechanics, the cute Pikachu becomes a hundred-foot giant that wreaks havoc on the battlefield.

In practice, Dynamax is used only in battles with bosses (i.e. Pokémon Gym's head coaches) and in certain places on the single, sandbox map (which is another novelty). And although it all looks very impressive, the animations are beautiful, and the attacks carry a nice punch to them, it's hard to shake off the feeling that this is just a time-consuming and rather superfluous addition. I've defeated the big Pokémon many times with a single hit without even bothering with the transformation. This actually is a more serious problem, which I will address in detail further in the text. For now, bear in mind that Dynamax seems an interesting, but untapped idea for enriching the duels between the Pokémon. 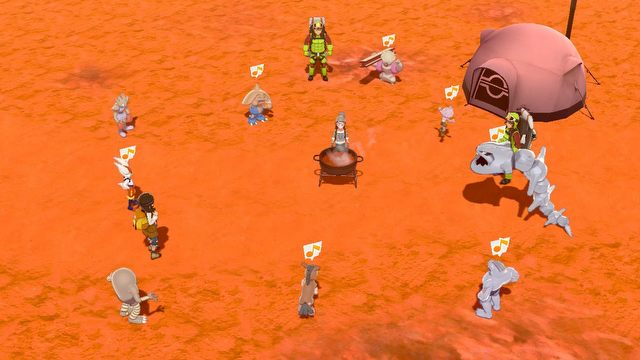 During the game we can set up campsites and cook for our pets.

In fact, every solution featured in Pokémon Sword is at least two-decades old. We have a hero with whom we venture into the world. Our opponents, as usual, are cool and overconfident. There are Pokémon Gyms, where we can fight with others, and the infamous Team Rocket is replaced by some harmless morons from the Yell Team. Really  if you've just played Pokémon Red 23 years ago, you will quickly recognize most of the elements used in Pokémon Sword. 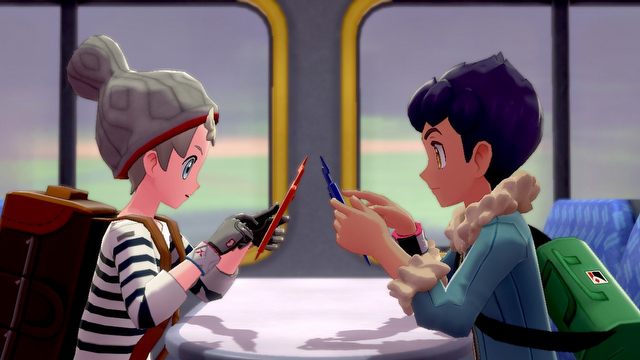 Cutscenes look good, but the characters unfortunately don't have anything interesting to say.

The writing on the wall here is obviously the question whether recycled ideas from two decades ago are enough to make for a riveting experience. Unfortunately, what I felt the most when playing Pokémon Sword was weariness. I always knew what was the next thing that was going to happen, what the next "surprise" it was brewing would be. And admittedly, I felt pretty much the same thing when playing Pokémon Platinum, Pearl, Black or Emerald. This is a strange feeling, where the initially pleasant melancholy is subsided with the realization that there's no going back to your childhood. And so, the creators of Sword and Shield are ultimately the victims of their own strategy  trying to recreate the same world we remember from before decades, they seem to have forgotten the world has moved on.

Also note that this does not necessarily have to be a disadvantage, and that weariness can also be interpreted as a sort of safety. Maybe there are people among us who expect exactly this  the past served in a modern dressing. And nothing beyond.

Previous
1 2 3 4
Next
Expectations vs. Reality