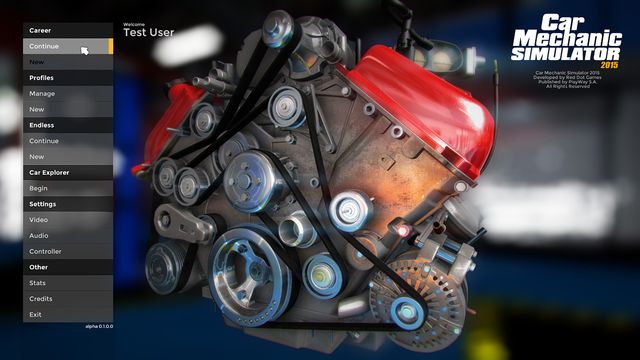 It's fairly obvious even at first glance that compared to its predecessor, CMS 2015 is a title far more complex and requiring an even greater mastery of individual vehicle components  even more so because some of them are characteristic only for the selected vehicle model, and the cars available for repair works include new models as well. The entire machinery fleet was created virtually from scratch  it comprises a dozen cars, and among them we can find not only the good ol' passenger cars but also vans or jeeps. The creators also went for a solid gameplay system makeover; in this edition, missions are randomly generated, which means that we never really know what kind of job to expect. We are now given freedom in choosing tasks, so as to be able to avoid the repairs that won't pay off or the ones that we simply don't feel like doing. The whole concept is based on experience system  the players are awarded points not only for a job done, but basically for any dismantled or assembled part of the vehicle. With the goal to make the introduction to the game slightly easier for beginners, the initial orders are accompanied by list of components to be replaced. Its a very good move on the part of the authors. At the beginning, many players could experience a serious case of vertigo when looking at the plethora of elements before finally reaching the right module. Thanks to the developers decision, the players slowly immerse in the game, while the level of difficulty of individual orders is constantly increasing. An additional improvement is the implementation of special features that enable us to carry out our tasks in a more efficient manner. For every 1000 points, we earn one that we can exchange for special skills that increase the chance of recovery of damaged parts or significantly accelerate the process of loosening and tightening screws or removing individual parts. At any time, we can also build extensions in our workshop, such as adding a few themed posters or other elements. 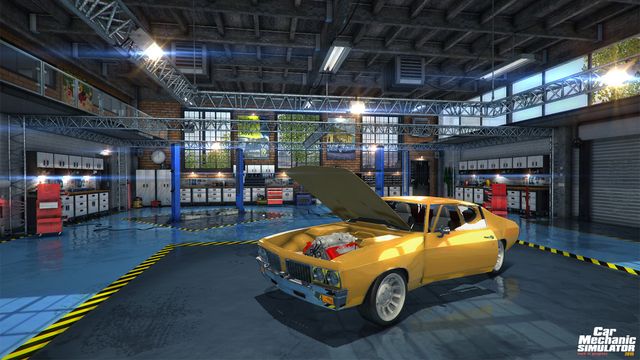 It's a good thing that the developers are openly talking about the support for CMS 2015 that is due to be implemented long after the release of the game. This will result in, e.g., DLC expansions. As soon as 1st May we are going to welcome an addition of a vehicle that resembles the classic oldie Fiat 126, as well as at least four sets of new content.

As fun as they are, routine repairs are not the only source of income in CMS 2015. From now on, we can also participate in special auctions of old, damaged cars, which we can then restore in our workshops. Of course, when buying a car it is of key importance to estimate how much money we will have to spend on, e.g. a full replacement of the body or reviving the engine to the point where turning the key in the ignition doesnt cause a persistent wheezing sound. With the proper estimation of the cost of labor we can earn quite a sum, amounting to the multiple cost of a rather large renovation commissioned by a customer. It's worth it to look for real gems and find cars which can provide a solid income.