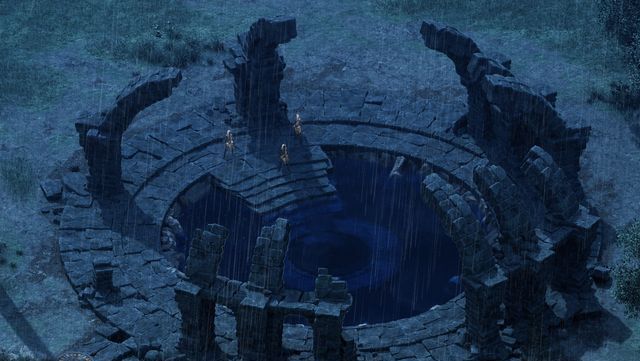 Initially, we create only one character in Pillars  same as we did in Baldur's Gate. Other companions join us along the way, but thanks to the option of hiring mercenaries for a fee, we can also fill our team with other characters with specific parameters. For instance, we can add a second or third wizard to our band if we feel like it.

Along with gaining reputation  by means of completing tasks, but mostly by participating in conversations and making decisions  we receive new dialogue options. We have to keep in mind, however, that the player is headed towards their goal on a relatively clearly marked path. Some decisions can ultimately contribute to a slightly different ending assembled from "modules", like it was done in Fallout 2, but individual side quests and the things we say have limited consequences for the whole story. Being rather temperamental myself, I managed to intimidate opponents more often than not. In one amazing scene this led to an escape of two enemy mercenaries, leaving the rest of the gang in an uncomfortable situation. On a different occasion, I silenced a serving maid who tried to force me out of a closed part of a noble's villa with a slap on the face. Apart from such decisions, the course of events is influenced by other aspects, such as our attributes, skills, and to a lesser extent, character class, race and origin. I deeply regretted not having invested more points in intellect during the creation of my character, as I had the impression that many alternative task solutions were unavailable to me for this reason.

Pillars of Eternity encourages us to put some effort in modifying the attributes, as the decisions taken on the character creation screen echo throughout the entire game. Conversely, less fiddling is required with character development; some parameters increase automatically level by level, but we can choose ourselves special characteristics and assets that allow us to specialize in the use of a particular weapon or increase resistance to a certain type of injury. Some classes (Warrior) are extremely easy to develop, while others (Cipher, for instance) require a careful selection of talents and skills to forge them into effective killing machines. Lest we forget that Pillars of Eternity is also about combat. 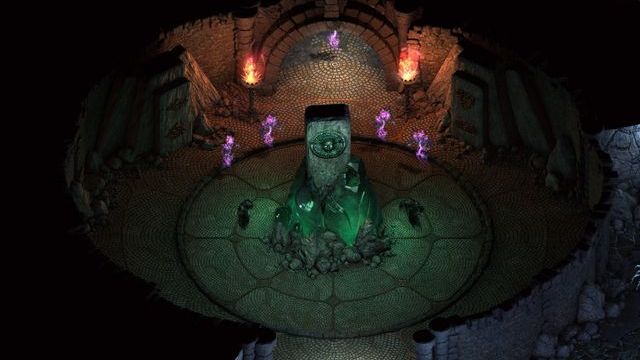 Although we repeatedly manage to avoid danger by arguing our case to the opponents, we will also spend a lot of time pausing the game with the spacebar and giving orders to members of our team. In this respect, we are dealing with only a slightly modified system taken straight from 1999. It usually works very well  with more demanding skirmishes it enables a fairly precise control of team operations, and with easier ones we can simply watch in real-time as the vanguard crushes weaker monsters. Problems arise when we participate in massive clashes within a closed space. As clear as our command may appear ("Cast a healing spell!"), we can never be absolutely sure how our character is going to react. We may find that they are blocked by a wolf companion, or  in order to be in range  will choose the shortest path that leads through a horde of overgrown beetles. During fights that involve the full attention of our entire, six-member ensemble pitted against a dozen monsters, sometimes it's really more convenient to rely on luck and throw a fireball in the middle of the whirlpool. Such suicidal tactics make sense in Pillars, because  in contrast to Baldur's Gate, for example  punishment for "death" is virtually nonexistent.