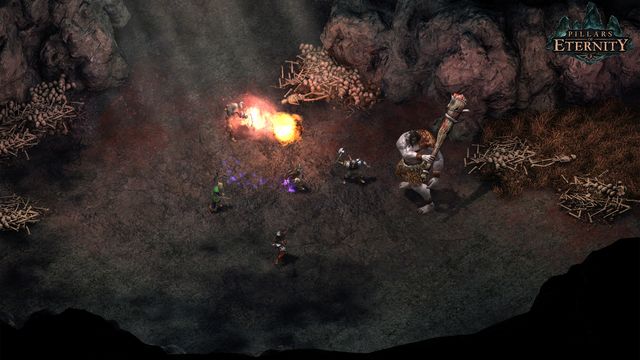 At the same time, Pillars of Eternity never allows us to lose sight of our most important goal. This production is clearly subordinate to its plot  you can notice this in the long descriptions, detailed scenes that look like taken straight out of a gamebook and the relatively small world of the game, which eliminates endless wandering and avoiding the main storyline at all costs, Skyrim-style. At times it is difficult to distinguish which tasks compose the axis of the story  it is a testament to the effort made by the designers who have devoted as much energy to side quests as they did to the captivating pursuit of the main villain. No sooner than after completing the game did I fully appreciate the consistency of the world and the scenario presented. Compared to Pillars of Eternity, the nonsensical story of Divinity: Original Sin looks really ridiculous, whereas Corypheus of Dragon Age: Inquisition fame compared with Thaos from Pillars seems quite dull. All things considered, Corypheus is just another generic abomination whose guts you must spill. In Pillars, the threat is present in the form of an idea used by an insanely intelligent manipulator (or visionary?). When Corypheus appears on the screen, the most you can do is snort with laughter when looking at his twiglike paws. Conversely, Thaos seeps his poison with a truly devilish effectiveness, and the very concept of where the archenemy draws his experience from is truly brilliant.

Pillars of Eternity took a bold approach to the concept of gaining experience from killing monsters. We only get points for killing creatures unknown to us; once we complete an entry in the encyclopedia, which usually requires disposing of six creatures, the spring of XP is exhausted. Initially, the solution was not to my liking, but over time I noticed its beneficial effect  it made me focus on the tasks, look for new challenges, and avoid fights whenever I could. 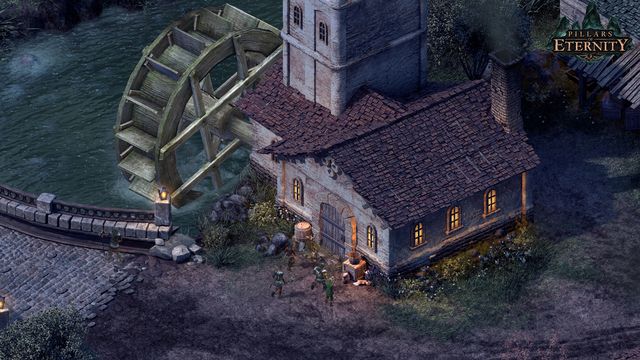 Near the end of the game, the pursuit of Thaos made me feel truly enraptured with the plot; there was no dragging on or avoiding the final  I just had to find out what happened next. Subsequently, as soon as the end credits started rolling, I launched a new campaign. This time, I am determined not to miss any dialogue or secondary locations.

It is very clear throughout the entire game that Obsidians ultimate goal was to create a game targeted at a very specific audience  people like me, who remember with nostalgia the era of Baldur's Gate and Planescape: Torment, and expect an RPG to provide a great amount of text to digest, tactical combat, deep mechanics, and a stylish design combining elements of 2D and 3D graphics. Luckily, the designers chose not to approach the achievements from 15 years ago with too much awe; Pillars of Eternity is more than just a tribute to the games by Black Isle  it is also a legitimate development and update of the old ideas. Using a well-known pattern, Obsidian succeeded in creating something new, unique and in many ways superior to its legendary predecessors.