Stellar Mario  for everyone

This time, Bowser really overdone it. Not only did he kidnap Princess Peach, which is typical of this brute's behavior, but he also ran off with her to another galaxy. Mario has no other choice but to become the first plumber in space. During the course of the game, we visit an observatory managed by Rosalina, and from there, we go on expeditions to various corners of space. What isn't there? 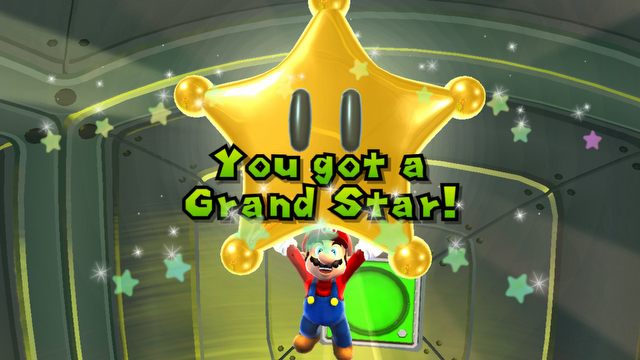 Super Mario Galaxy is primarily about awesome levels. Also, the creators masterfully used the setting in this installment. This time, apart from the goombs, abysses and ingenious bosses, we also have to strive with ourselves. The introduction of gravity dramatically changes the gameplay. The mechanics bring a ton of fun, with players doing weird things out of mere curiosity. But the thing that really messed with our perception was the perspective  for example, the game sometimes turns the world upside down, and I almost wanted to turn my Switch the same way. As a result, the game racked the brain like sudoku. And it's also very rewarding, propelling you to complete the next level. Get one more star. 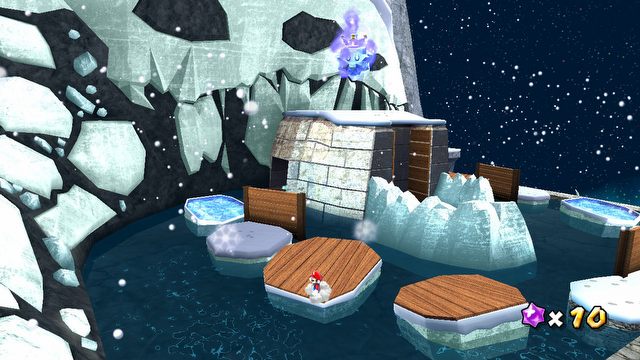 Super Mario Galaxy has a fantastic structure. It's thoughtful and polished like 64, and at the same time even more inventive than Sunshine. Level design is top-notch. Plus, the levels are noticeably shorter than the sunny part of the series, allowing less hardcore or younger players to enjoy the game as well. There were also secrets, delicious additions in the form of searching for the missing Luigi, or the story of Rosalina. Galaxy is a platformer through and through, not without a reason rated 10/10 by most websites in the world.

If anything bothered me about Galaxy, it was the camera. Luckily, it's only annoying when we swim. I also missed the option to dress Mario in new clothes. All the different costumes from Super Mario Odyssey are so cool I'd like to have them in every game with that jolly plumber. But let's face it  it's hard to call them flaws. The game is just great! 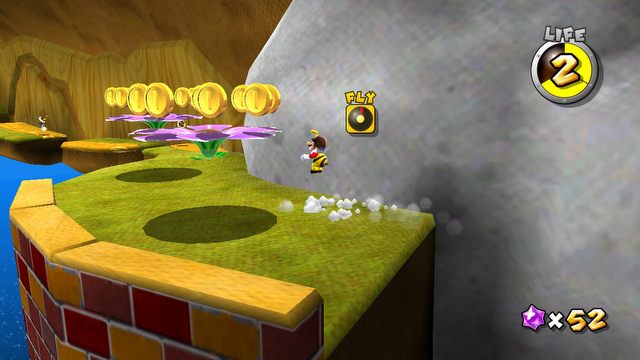 Attention, Captain Obvious strikes! A three-dimensional series isn't for everyone. If you're looking for stories or charismatic characters in games (sorry, Mario), you won't find them in Super Mario 64, Sunshine nor Galaxy. Yeah, it seems a cliché. Still, there are allegations that the highly-rated game has disappointed some. So let me warn you in advance  Super Mario 3D All-Stars collection is great if you like challenges, platformers and colorful graphics.

MUCH FUSS ABOUT... NOTHING?

I admit I don't fully understand the controversy surrounding Nintendo's decision to make Super Mario 3D All-Stars available only for a limited time. In short, the idea is that the game will only be available for purchase for six months from launch, i.e. until the end of March 2021. It will disappear from the stores after that date. Whether it will return or not  Nintendo is known for bizarre moves like that.

But is that really a problem? Games from Nin don't come cheap, so even if the collection didn't disappear from eShop, it wouldn't get much cheaper anyway. The same is true of physical copies of games on Switch  they hold their prices for years, so when you buy a game, you can easily sell it for a little less than you paid in the store. I understand this may be annoying, but let's not get too crazy.

The games included in the Super Mario 3D All-Stars collection have their problems. Yes, Super Mario Galaxy 2 is also missing from the set, and I have a hunch it will be released as a separate product. But that doesn't change anything  the collection consists of three great games; for platformer lovers, it is a must-have. And if you've already played 64 and Galaxy on WiiU, it's still worth buying for Sunshine alone. Even at full price. You won't be disappointed.

When I was a kid, I preferred B.J. Blazkowicz from Mario, so my belated adventure with the world's most famous plumber has a taste of a lost childhood. But I am living proof that Nintendo's 3D platformers are simply fantastic; that even if you get to know them 25 years later, it's hard not to marvel at their brilliance.