Bloober Team has been well-known for its work in the psychological horror genre for some time now. Ever since Layers of Fear, the developer has been cranking out a wide variety of surreal, mostly terrifying adventures on a regular basis.

In the case of The Medium, we have Bloober Team's first truly next-gen experience. Though we originally caught wind of the game all the way back in 2012, it's been in the oven for some time. 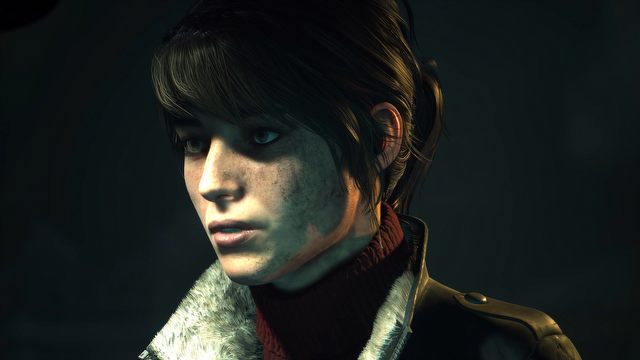 Switch two digits, and were in 2021, with the kind of tech that allows for The Medium's type of ambitious storytelling. The game is heavily reliant on the "Dual-Reality System," which makes every part of the adventure tick.

The protagonist, Marianne, is constantly shifting from one world to the other through pivotal moments, and this gimmick is accomplished with great effect. But there must be more to a horror adventure than gimmickry, and when you dig into The Medium and dissect its pulsating innards, you're left with a more hollow-bodied husk than you may have wanted to imagine.

Back to life, back to reality

The Medium follows a young woman named Marianne, who finds herself at odds with the special spirit powers she possesses. She can communicate with a world that runs parallel to our own, where human emotion is physically manifested. It's a chilling place shaped by the thoughts and intentions of those who dwell there. 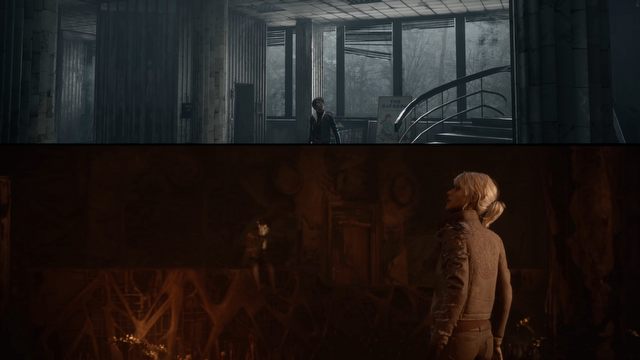 Occasionally, the two worlds cross paths, but they're mostly separate. Marianne, however, can exist simultaneously in both worlds, as evidenced by the game's split-screen moments. After going through the death of her adoptive father, Marianne must put her powers to the test by traveling to Niwa Resort, a vacation spot beckoned to her by a strange man named Thomas. Thomas claims to know why Marianne can walk between two worlds, and in face of no alternative solutions, she packs her things and sets off to learn more about herself.

Upon her arrival at Niwa, Marianne is met with a terrifying entity known as The Maw. With a brutish way of speaking (Troy Baker with a side of the Powerpuff Girls' HIM), the Maw seeks a body to "wear" as a skinsuit of sorts  Marianne's body is supposed to become a vessel, through which it enters the real world. Marianne must figure out how to prevent that and defeat The Maw, while unraveling the secrets behind the Niwa Resort and Thomas, the man who called her there. 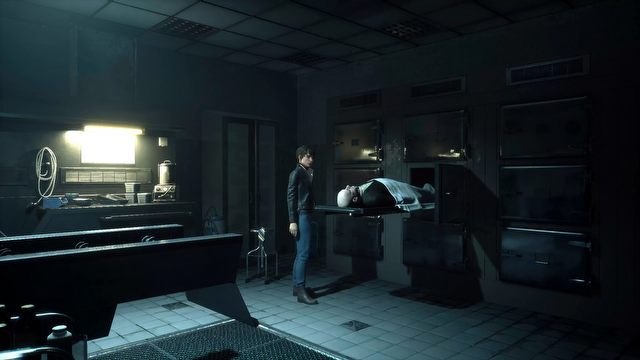 Controlling Marianne and navigating the resort is quite simple. The game is extremely linear, and you don't always have the split worlds mechanic at your disposal. As such, it's impossible to get lost and even more difficult to find yourself unable to progress, as the puzzles found throughout are extremely simple. There are strictly prescribed areas in which Marianne will explore the spirit world (her appearance only changes slightly, with white hair and some fungi-like growth on her arm). Don't labor under the delusion that world-switching is a constant, as it isn't. In fact, when it does happen, it's mostly a cool visual effect rather than something practical and functional. Bloober Team confirmed long ago that it wouldnt be something that players could turn on at will, but perhaps it should have  because it becomes more of a rote way to experience exposition and puzzle-solving early on in the game, taking away much of the mystique. 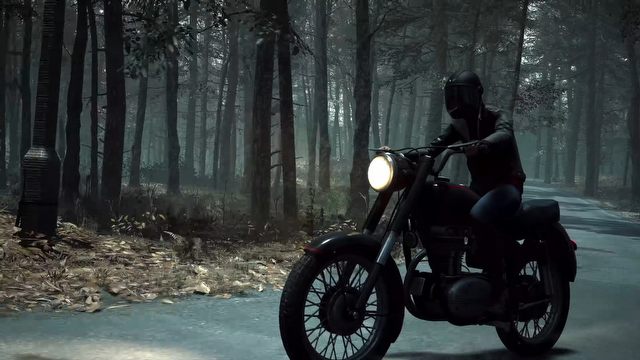 Many of the areas you'll traverse (though cleverly disguised with fixed camera angles) are simply there to funnel you from one puzzle-solving bit to another. This can work, but more so in games where puzzles aren't the main focus. There is no traditional combat in The Medium, and solving puzzles is your only real way of interacting with the world around you. Otherwise, you must stealth your way past those who wish you harm, or run from them in scenes that would have been far more interesting with at least some elements of combat. 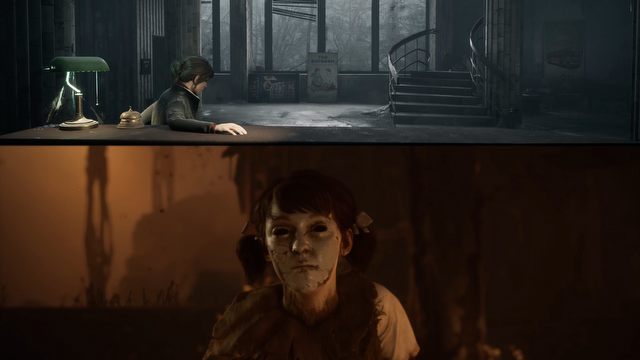 Further, it's always obvious when Marianne is actually in danger and when you're safe to look around, read articles, check out artifacts, and faff about, which removes much of the potential tension. Youre supposed to feel tense and scared, not vacillating between waiting for the next moment to strike fear into your heart and slight boredom. When the screen is split, it mostly feels as though the game is showing itself off as a glorified tech demo  especially when it has a hard time syncing Mariannes lip movements with her speech. Those things really take you out of the game and break immersion.

Marianne's time in Niwa Resort takes up most of The Medium, but there's so much story to unpack there that it makes sense to remain in one area. As such, the game relies on a variety of familiar horror tropes to ensnare players. Most of Bloober Team's games have utilized disturbing imagery and jump scares to mire gamers to their seats in a bid to terrify them, and the same appears to have been done here. Unfortunately, the same types of thrills and chills are notably absent. 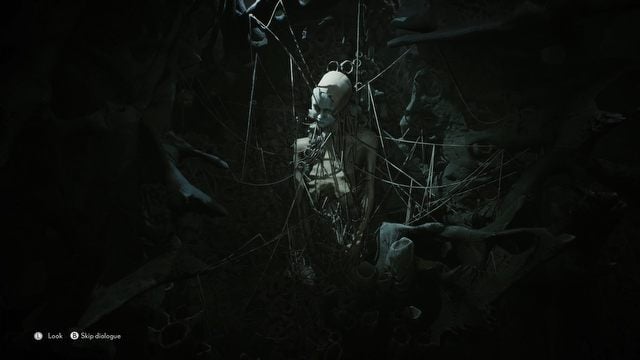 Its a shame, because there are some absolutely fantastic and disturbing setpieces here and there. Globes with facial attributes, bags of bones, skin creatures, and The Maw itself are formidable, nightmarish creatures. There just isnt much to do with any of them beyond looking upon them and feeling uncomfortable. Sometimes, its fun to walk around without any way to defend yourself in games, but there needs to be more at stake. The Medium isnt quite sure how to handle this problem, setting up a world that feels as though its in dire need of some sort of interaction with monsters, because otherwise, it falls flat. 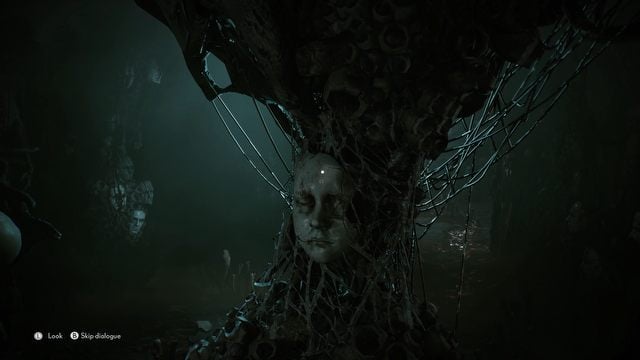 The Medium has so much going for it that it's quite frustrating it can't muster to dredge up legitimate scares or a narrative that keeps you on the edge of your seat. Further, a series of bugs and glitches ended up plaguing my first playthrough. Though none were game-breaking, there was a time I did get stuck on the environment, and another, where I was not able to crouch and sneak through an area as Marianne simply wouldn't respond to input. I had to restart the game and lose some progress to continue from this point.

I also took issue with the abrupt ending, which I won't delve into here to avoid spoilers, but there comes a certain point where the endgame is imminent. It's somewhat clear that it's coming, but the game doesn't spell this out for you clearly enough. 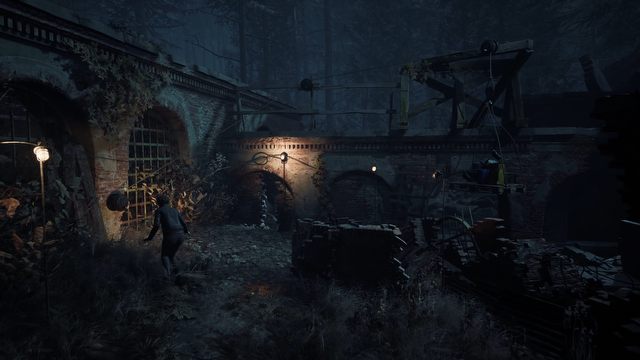 You're given an objective to complete, but the game transports you there without explanation and any further fanfare, meaning this was a point of no return. From thence on, all the story threads that unraveled throughout the game, including some particularly interesting points of interest with Thomas, seem quite moot. Though there's a surprising clip you can view to get some context, The Medium does little to wrap up its often confusing story in a way that would feel satisfactory.

The Medium is a great-looking game with excellent voice acting, occasionally brilliant soundtrack (when Silent Hill-esque riffs from Akira Yamaoka appear), and a mechanic that sets it above its contemporaries. The problem is it has no idea how to implement this mechanic in a way that feels engaging or useful. The story, while interesting, continues to fall flat in a variety of areas. The characters, especially Marianne, feel like retreads of other horror tropes. This is a game that could have used an injection of creativity  meanwhile, Bloober Team seems to have coasted through the entire concept of The Medium.

As it stands, this is a game thats stuck straddling the line between two worlds: greatness and mediocrity. 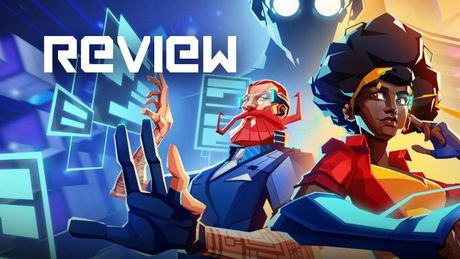 If you have ever done one of those trust exercises where you are blindfolded and need to listen to your partner, youll fit right in with this puzzler. Trust each other, talk it out, and youll have a great time saving the world. 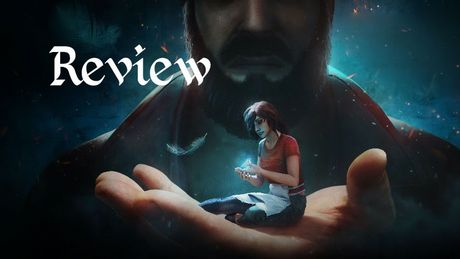 Of Bird and Cage Review - Where Games and Music Meet

Another walking sim? Not this time! Of Bird and Cage is a unique blend of action-adventure game and metal album, created by people who spent more time in bands (such as Guns N Roses) than among developers. Its a blast to hear. But is it playable at all? 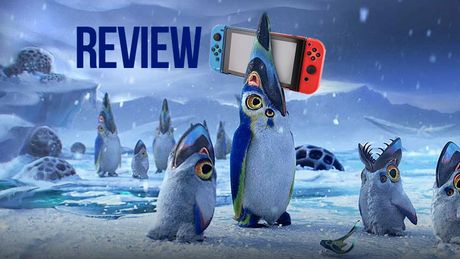 It is no easy task for a video game to balance calming exploration gameplay with high tension heists and a dash of existential horror, but Subnautica: Below Zero does it well.