The Surge 2 is a Dark Souls, only that:

The Dark Souls series is said to have established a new subgenre of slasher/action games, referred to as "souls-like." However, if we were to look for souls-like outside of the FromSoftware's portfolio, it turns out that there's not a whole lot of these games  even less if we get picky about quality.

This exclusive club certainly includes the original Surge, from the German Deck13 Interactive studio. Released in 2017, the game came short in many places, and the budget constraints were quite apparent. However, the sci-fi stylistics, rather uncommon in the genre, along with an interesting combat system, made it worth the time of all the players who wanted more of the same thing after praising the sun in all ways possible.

The game was a success, and we got a follow-up. The Surge 2 is definitely an upgrade from its predecessor. It's big, it mends the biggest shortcomings of the prequel, refines its best elements. This still isn't From-Software tier, but it is a decisive step in the right direction. At the same time, however, this game may be disappointing to the biggest, die-hard fans of souls-like games, since it doesn't deliver the core ingredient  a very high level of difficulty. 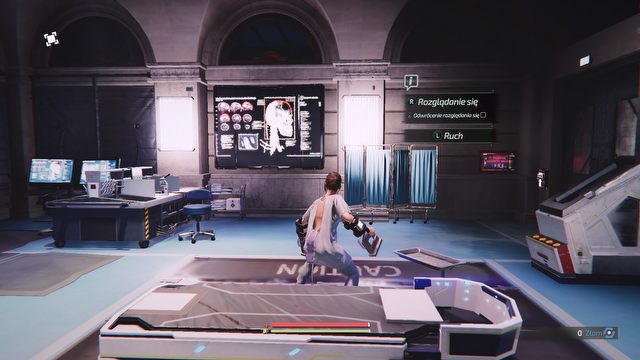 It all begins in a hospital ward, without much attire.

The Surge 2 begins with character creation. The tool is robust and offers quite a few interesting options, such as choosing the origin story of the protagonist (which, admittedly, doesn't change anything in the gameplay), or creating a character that's visibly old. Regardless of what character we create the protagonist will, in the end, sit on a plane that crashes in the center of a futuristic city of Jericho.

We miraculously survive the catastrophe and come round a few weeks later in a local prison, where we quickly discover the entire city is a war zone, ravaged by the conflict between the Nanites  religious fanatics at all cost trying to keep power over their soldiers  and different groups of freaks, coming in various sizes. Amidst this chaos, we're haunted by strange visions of a mysterious girl, who apparently flew on the same plane as we did. With no better idea, we decided to solve the mystery of these omens, and the young woman. 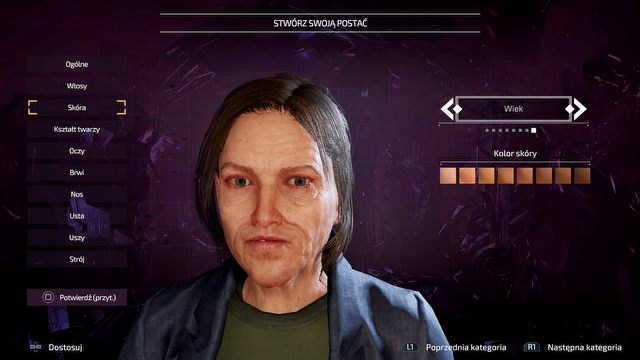 Since the trailer for Watch Dogs 3, elderly ladies became a fad. You can have one here, too.

The plot of The Surge 2 is average  the intrigue is revealed gradually, and although it's more interesting than the bland story of the first game, it's void of any significant turns of events or charismatic characters that could make the experience at least a bit more riveting. In addition, the side quests also hardly offer anything substantial that would stay with us for longer. What certainly deserves praise is that the developers have told this story through traditional means, making it easy to digest  you don't have to read the description of every single item to get the gist of what's going on.

The greatest power of the game comes from the creation of the world. Like the industrial complex of the first game, the city of Jericho is an extremely gloomy place, where even before the conflict life was not all sunshine and bunnies. With every street and building visited, we learn more about the story of this place  the story of humanity, which led itself to the brink of death, maybe even past it. There are billboards boasting of unemployment rates "as low as 85%," there's a park that turns out to be completely phony, a mere imitation of the long-gone nature; there's the decay of the few survivors, which makes you wonder if there's anything worth fighting for anymore. 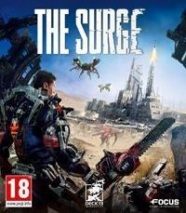 HOW DOES THAT COMPARE TO THE FIRST SURGE?

A new protagonist created by the player, taking the action to a remote city, far from the CREO complex  it sounds like The Surge 2 is severing all the plot ties with its predecessor. But that's not true. As the story progresses, several references to the events of the first part of the series are revealed, some of them more explicit than others. Apart from that, those of you who have played the original will also be able to recognize a familiar face among the cast of NPCs.

The link between the two games isn't very strong, however, and jumping into the story without knowing the plot of the first game is entirely doable. Still, the "veterans" of the series should also be satisified.

Similarly to the original, The Surge 2 is a genuine souls-like game, brimming with features characteristic for this subgenre. It is an action RPG that's mainly emphasizing combat. The core of the gameplay is breaking through subsequent groups of enemies to reach the safe shelter of a medical station, or unlock a shortcut to one of these places discovered before. 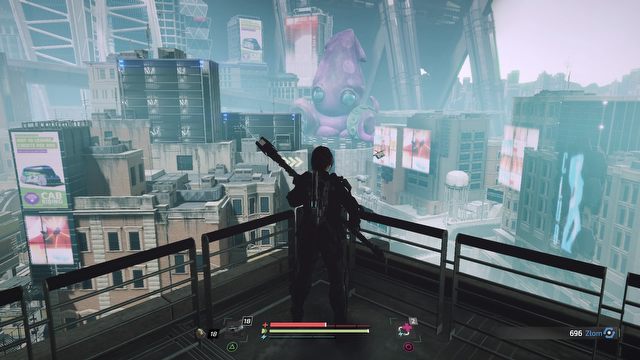 Jericho in all its dilapidated splendor and post-apocalyptic glory. That's right, it's a squid.

You get experience points for each defeated enemy (here, they're just called scrap), but if you make a mistake and die, you lose all that. It's possible to go back to the same spot to retrieve it, but you only get a single chance to do it  flunk it again, and it's lost permanently. We can safely store the scrap in the medical stations, where you're also able to upgrade your character  that's not free either, though, as the price for each use of the station is a full respawn of nearby enemies.

From time to time, we also encounter bosses, who theoretically should test our perseverance and skill. According to the genre's rules, overcoming a boss should require studying the attacks they use, drawing conclusions from each failure, and testing different approaches until the solution is finally discovered. However, when it comes to those mechanics, the game noticeably falls short of Dark Souls. But more on that later. 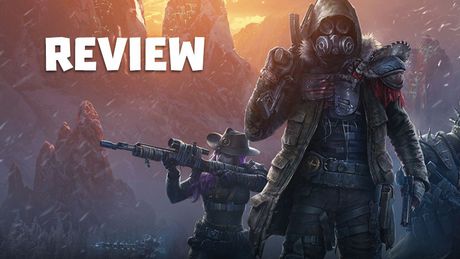 According to our users, The Surge for PS4 was a disappointment - the expectations before the release were higher than the current average user score.