A few months back we were given a big game, colossal even, in every aspect  except for the technical ones maybe, but the guys from CDPR are constantly working to improve it. There are good reasons as to why The Witcher 3: Wild Hunt was hailed as one of the strongest candidates for the Game of the Year crown (and my personal favorite in this race). As I awaited the first expansion pack, Hearts of Stone, I kept asking myself the question: What kind of marvel needs to be brought to the table to hook us even deeper in this story and justify the expense of 10 more dollars for new content to an already vast game. I know the answer now, and honestly, its bloody delightful. 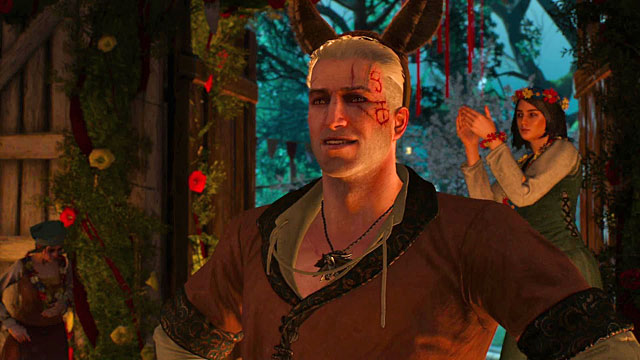 The expansion pack introduces some changes to the Velen province (also known as No Mans Land). The plot is set in the north-western part of the region as well as in the area of the city of Oxenfurt, and thats where you can expect some new points of interest to show up. There are also some new monster lairs to exterminate, but ultimately the focus in Hearts of Stone lies elsewhere. As we all know, Geralt tends to gravitate towards any kind of problem he can solve (for a good price), so when a job to slay a monster prowling the sewers under Oxenfurt turns up on a bounty board near the Seven Cats Inn, he takes the opportunity. The job apparently came from a man named Olgierd von Everec, an infamis and a bandit leader, whose men terrorize the most of Valen. Meeting him will present you with the opportunity to make acquaintance with some new, distinctive characters, taste a significant amount of pop-culture references, and maybe learn something about the literature of the Romantic period. Furthermore, remember Master Mirror? The guy you had a run-in with at the White Orchard, and who directed you towards the nearest Nilfgaardian garrison? This time hes pulling the strings and Geralt will be the one dancing on his palm. 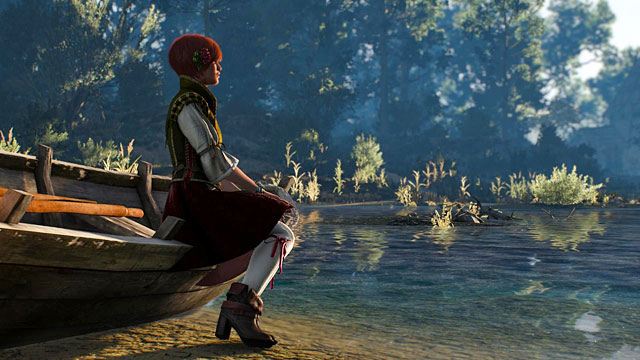 According to the creators, the contents of the expansion will be available even before completion of the main storyline, but I think there are few players with an at least level 30 character on their hands at that point. Furthermore, 30 is the must-have minimum, if you intend to play on one of the two highest difficulty levels. The questline of the expansion begins with a savage difficulty spike; for me at least it felt like I was playing a Souls game with a Guitar Hero controller. Luckily, later on, the game returns to its relatively normal difficulty, and if patience is not your forte, there is an option to generate a level 32 character on the spot. The generated equipment will be far from the best and may pose some difficulties, but I can live with that. The worse thing is that the creators assumed that the player has completed the main story by the time Geralt begins his adventure in Hearts of Stone, and at the beginning of the expansion theres a preposterous spoiler for some things that happen(ed) in Kaer Morhen. You have been warned.

The plot is simply fantastic, and I believe it wont be much of an overstatement if I say that there are some characters here that could possibly top anything weve seen before in the Bloody Baron questline. The story takes at least 10 hours to complete and is divided into several distinguishable parts; each of them brought me an inch closer to the edge of my seat as I progressed through the adventure. I also found hunting for real-world references in various dialogues to be a wonderful amusement. Furthermore, Hearts of Stone features Shani, the female medic we first met in Vizima in the initial installment of the series  this time, she has a significantly bigger role to play in Everecs story. She will also provide a new romance opportunity. 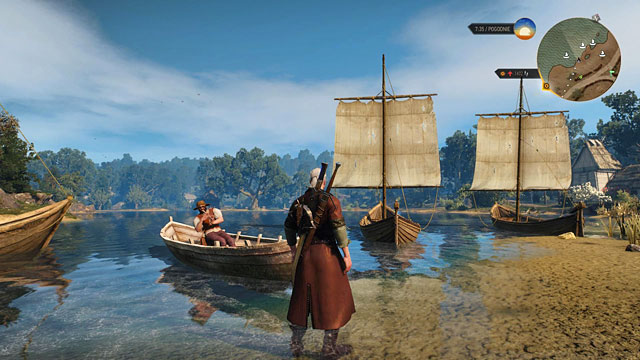 If I were to point out some issues with the plot, I could only say that its maybe, just maybe, a bit too dialogue-heavy. At some point youll notice that if you follow the main questline without doing any side quests, most of your time is spent listening to dialogues and watching cut scenes. Most of them are static, but they are very engaging nevertheless. Either way, Hideo Kojima would be proud.

The expansion introduces some new bosses that will fall to guile rather than swordplay technique. Lets take the giant toad that lives in the Oxenfurt sewage for an apt example. Dealing with it on harder difficulty levels can pose some serious problems. I would even go as far as to say that the creators infused the combat in Hearts of Stone with some spirit of Dark Souls. This also means that victory will require patience and a keen eye for reading patterns.

New story, new monsters to slay, new gear and Gwent cards to add to your decks, but Hearts of Stone features even more novelties. The expansion introduces travelers from the far away land of Ofier, among them an enchanter  a whole new profession to be introduced to the setting. It would be good to have a reasonable gold deposit at hand, because the traveler needs to rebuild his workshop, which requires a considerable amount of money before he can offer his services, but the enchantments he offers may just be worth it. He offers the option to increase the number of rune slots in your weapons and pieces of armor, but perhaps his most notable craft is the ability to add a runeword or a glyphword to items to enhance their stats and traits. The enchantment from the Runewright, as he is called, requires three empty slots, and it removes the effects of any previously added runes or glyphs. Runewrighting can be also used to enhance the witcher signs or permanently imbue selected item with buffs gained at various workshops or blacksmiths. 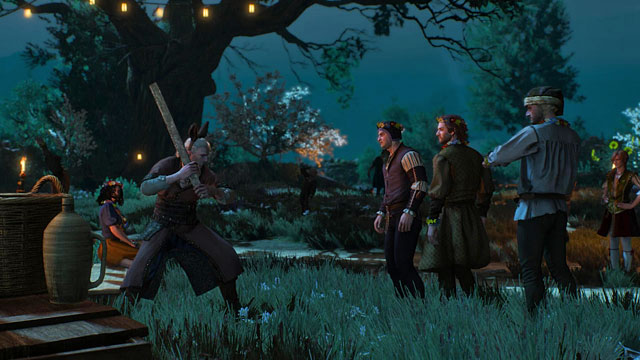 Completing quests for the Ofieri and trading with them can yield you unique, exotic equipment for Geralt, including a new saddle for Roach or diagrams for Ofieri gear as well as some things you might remember from past installments, like the armor of the Order of the Flaming Rose. The expansion also adds some new Gwent cards, including one representing Olgierd himself, and makes it sometimes a bit harder to use spies in the game. This may be a good moment to mention that, after adding the expansion, the games version is listed as 1.10, but I didnt notice any significant changes. Well, except, maybe, for the fact that Roach has regained some of her capriciousness. I believe the issue might have been solved by now, but I cant really be sure, as my experiences encompass mostly the PS4 version of the game. The loading times are significantly shorter, but thats to be expected on PC. All in all, its hard to say if the patch will have any impact in that matter on the consoles. 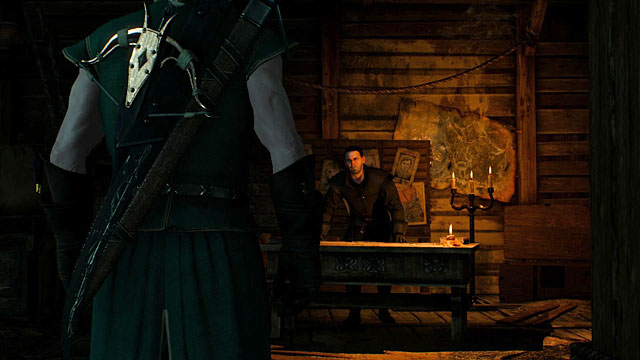 Hearts of Stone is worth every penny you spent on it. Even if you tend to shun DLCs of typically debatable plot content (Im looking at you, Dragon Age: Inquisition), with Hearts of Stone CDPR have shown how you make a DLC something more than a means to push a Season Pass down peoples throats. The expansion pack can either be bought as a separate digital copy or as a boxed edition, which may not include the actual disc, but youll get two decks of real-world Gwent cards instead. Id say that with the addition of Hearts of Stone the third Witcher remains one of the best games youll ever play. And deal with it. 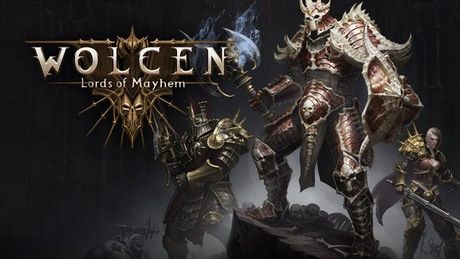 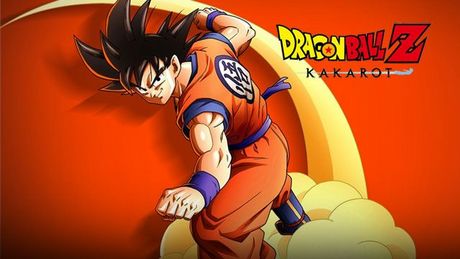 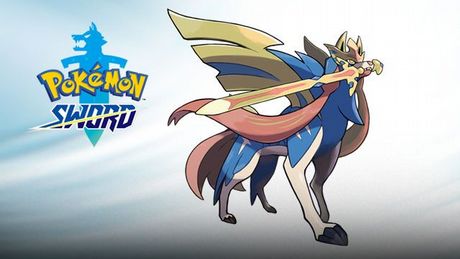 Pokemon Sword and Shield are extremely secure investments  we get what we got 23 years ago, but in a new graphic design. And although the series remains amusing and enchanting, you can't deny that rotten wood is gaping from underneath the colorful paint.