The plot of the game isn't very thrilling, although it's quite promising at first. As a result of dramatic events, DedSec in London is decimated, its good name tarnished, and its city lost to a violent private military organisation. Our task is to rebuild Dedsec's structures from scratch, to convince the people that we are the good guys, and finally to start a rebellion and overthrow the regime.

The task turns out to be simplistic and not very thrilling, and we quickly become convinced that the main antagonists are as one-dimensional as our recruit psychos performing some truly gruesome acts – before lunch. So the main thread comes down to a scheme repeated over and over: learn more about the enemy, get incriminating evidence, confront. Boring! 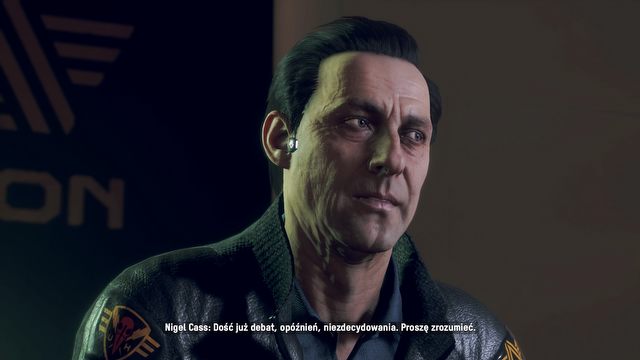 One of several psychopaths we have to deal with during the game.

All this is served in a very safe form. Although the game talks about things like abuse of power, mass surveillance, ruthless corporations, and a few other, potentially powerful, and very relevant themes, it does it in a way that makes it very obvious the creators tried very hard not to offend anyone. There are a few instances when it almost seems Legion is about to show teeth and take a definitive stand on a serious subject, it quickly tucked tail and solved the manner in a banal way. I was particularly disappointed with the ending of the game, which seemed quite powerful... but immediately withdraws from that statement with a scene after the end credits.

Formulaic doesn't necessarily mean bad, as long as it's executed well. That's not true about Watch Dogs: Legion. Here, we have a collection of schematic themes playing out between poorly written characters, which are hardly believable, let alone sympathetic. I didn't really expect something more on this issue – after all, Watch Dogs 2 story wasn't thrilling – but it's still a pity that Ubisoft didn't even really try. 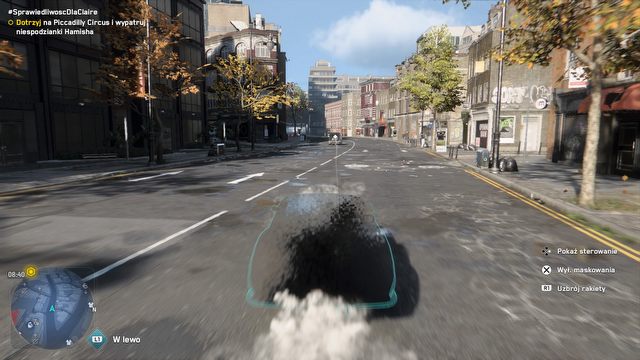 The spy has an invisible spy car. How can you not like it?

A glance at the store available in Watch Dogs: Legion focuses primarily on new agents with very useful skill sets. For real cash, we can also buy cosmetic items for agents, weapons and vehicles, as well as a map that reveals collectibles (completely redundant, as they're visible on the radar if we're near) and additional in-game cash.

The hallmark of the series has always been the ability to manipulate the surrounding world by hacking everything that doesn't run away. In this regard, Legion doesn't disappoint, and from the very beginning of the game we can easily control traffic lights, cars, drones, ubiquitous cameras or traps and blockades. Some of these options are pretty much useless gimmicks, others provide useful opportunities and allow you to solve problems creatively.

It becomes particularly interesting after developing several skills. We obtain character development points for completing missions, but we have to find most of them as collectibles. Collecting them is mostly mandatory, since some skills are genuinely invaluable – on top of that, the skill tree is shared between all characters. 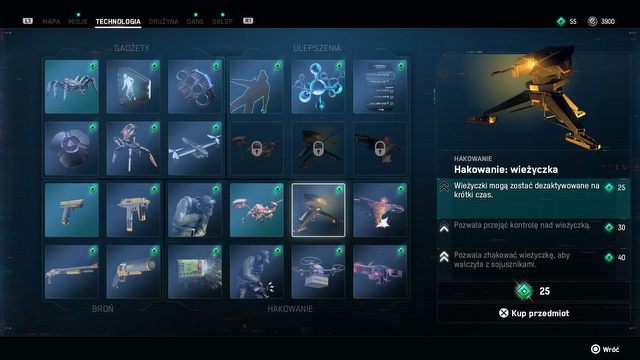 Once unlocked, abilities become available to all agents.

We can get access to better weapons, but also the ability to control enemy combat drones, hide bodies of killed opponents or equip the agent with precious robo-spiders – small, remote-controlled robots that can not only get almost everywhere, but after a few improvements turn into powerful, highly mobile turrets. Once the character is sufficiently developed, hacking becomes an extremely enjoyable way of dealing with problems without getting your hands dirty. It's just a pity that each agent can only be assigned one gadget at a time, making many of them simply not worth using – the trade-off is sometimes too big. 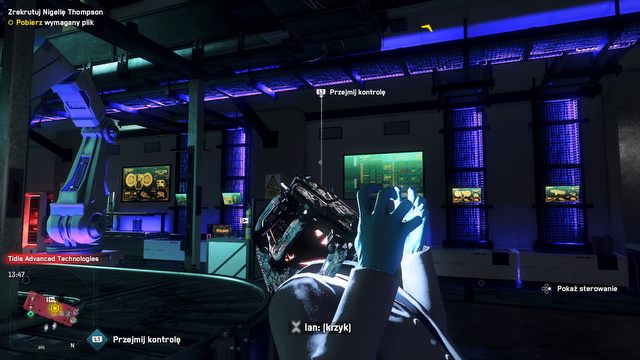 It's not facehugger, it's a robo-spider that managed to surprise an enemy.

In any case, hacking works like a charm, and gives you a real sense of power if it you develop it. For example, when, I was tired of playing silent infiltration at the end of the game and wanted to try out brute-force options, I was able to cope with a group of enemy soldiers and drones quickly by turning off one drone, and ordering another to turn against the rest. Before they could react, I deployed the spider with a turret spitting led at the opponents, and then just finished them off with my own gun. There's many ways to win a fight, and the game always rewards creativity.