The devil's in the details 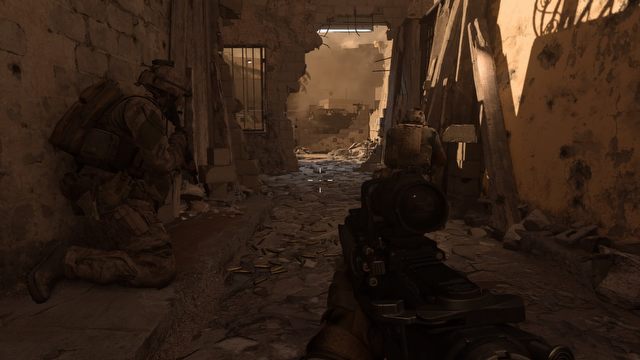 So, if the new Modern Warfare looks good, sounds great, is serious, authentic and just feels good, then why is this not the best campaign in the history of the series? First of all, one could take issue with how the story is constructed. The creators seem to be much more committed to some individual missions than to the overall vision of the entire plot. From the first minutes, we're caught in the middle of some events, all characters seem to know everything about each other, and we learn mere scraps of information  as if that's not enough, the end credits appear in the most exciting moment. We do not know almost any details about the two main characters that we control: Alex and Kyle, so we don't have a chance of formulating our own opinion about them. The only exception here is the third playable character  Farah  she's really well-written and amiable.

Pretty much everything that's cool in Modern Warfare doesn't last  e.g. the more tactical levels, or some moments referencing the older installments. The creators seem afraid that players will grow bored after more than fifteen minutes of the same activity, which results in a very short campaign, lasting about five, six hours. One can also notice a certain indolence of the authors, which is quite difficult to explain, especially after they boasted attention to detail and authenticity on their blog. For some reason, for example, some assets were reused in the wrong setting  missions taking place twenty years ago feature modern cars, and the Russians are using American helicopters. It might be a trifle, but after such bragging, this was surprising to see. 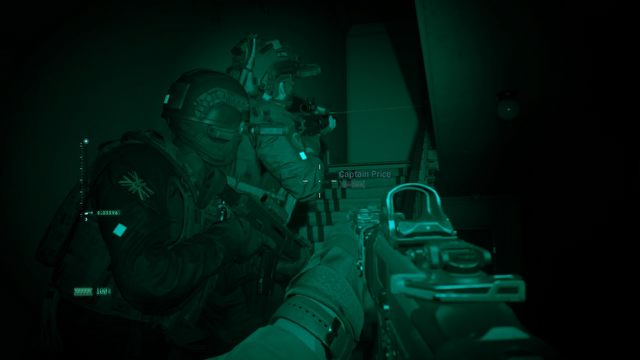 Climbing the staircase is incredibly intense and takes a while. For me, a gaming highlight of the year. 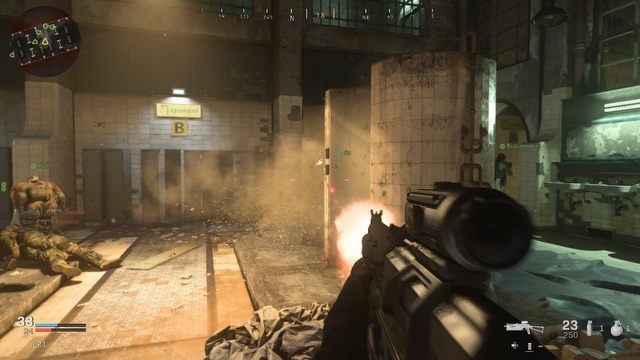 Firefights in the multi really are addictive.

But we've come to expect the campaigns from any Call of Duty game to be short and intense  let's remember, the franchise is mostly about the multiplayer, which is playable as hell in this case. You can definitely spend hundreds of hours here  the gameplay's riveting, there's a ton of things to do and unlock, and there are the announcements of new, free (sic!) content still to come. I, for one, have really been looking forward to coming back to modern battlefields, embodied as the duel between AK-47 vs. M4A1. There's of course some major and minor issues here and there, but the multitude of all kinds of modes, and the number of players, make it easy to avoid anything that you don't particularly like in the MP. There's really lots of stuff!

WHERE ARE THE MICROTRANSACTIONS?

They're planned. Activision continues the tradition of introducing micropayments only a few weeks or months after the release, and so far, only one small package can be purchased for an additional fee  it includes an operator's watch with additional features. It's note and praiseworthy that the profits from this purchase support the Call of Duty Endowment project, which helps war veterans return to work after leaving army.

The number of cosmetic elements in the game, however, is huge, which suggests that there will be plenty of opportunities to spend some dough in the game. There are crosshair patterns, skins, stickers, emblems, avatars  the usual stuff. Will micropayments only accelerate the painstaking acquisition of tinkets, or will they be the only way to get some of them? We'll find out in the future. 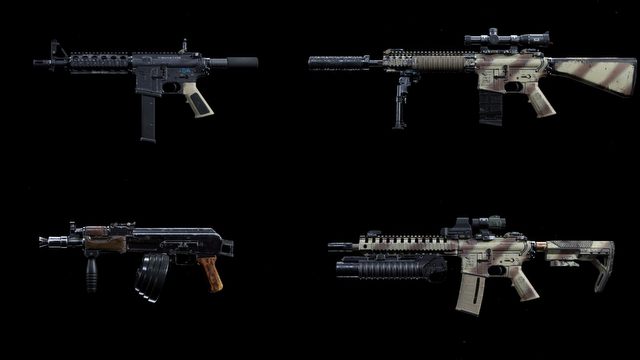 This is what you can do with a regular M4 or AK  which is just a fraction of all the possibilities.

What deserves the most praise in my view is the way the multiplayer feels  the gunplay is exquisite, and the weapons are the main actors, rather than gadgets or some super abilities. Escape from Tarkov is probably the only game out there offering more customization options than the Armory here. You can turn a basic M4A1 or AK-47 into almost anything  from a machine gun, through a sniper rife, from a weapon to a CQB to an LMG, not to mention dozens of other guns. Sporting your favorite weapons, you spend hours on end running around the maps with players from around the globe. More importantly, all the novelties in terms of the mechanics, such as supporting weapons on elements of the environment, reloading, aiming, and all the different ways to open doors are incredibly intuitive. Each of these clicks instantly, once you learn how to do it. They quickly become second nature  like a compulsive reload after each burst. The icing on the cake is the realistic recoil of weapons, and the stunning audio design.