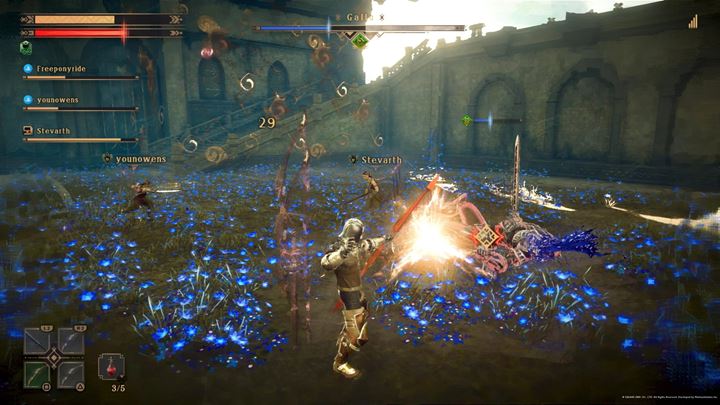 Online hack'n'slash is a genre in which we expect efficient combat mechanics and smooth gameplay. However, if PlatinumGames, the authors of such an ambitious title as NieR: Automata, are making another game, something truly original is bound to happen. Or so it seemed.

After the impressive trailer from 2019, the trailer from 2021 wasn't so impressive anymore, and it seemed little progress had been made. The graphic design, although it has a certain atmosphere, does not quite match the realities of 2022. However, the very concept of climbing the Tower of Babylon with other players and using special items (the so-called Gideon's Coffins) could still prove to be one of the better ideas.

Fans of online RPGs will also be lured by a balanced crafting system and the ability to use several weapons (for example... four hammers!). At the moment, however, it is difficult to say what Babylon's Fall will ultimately be. This is just one of those games that could go both ways: it might be the biggest flop of Q1, or a hit that we'll keep playing for years to come.