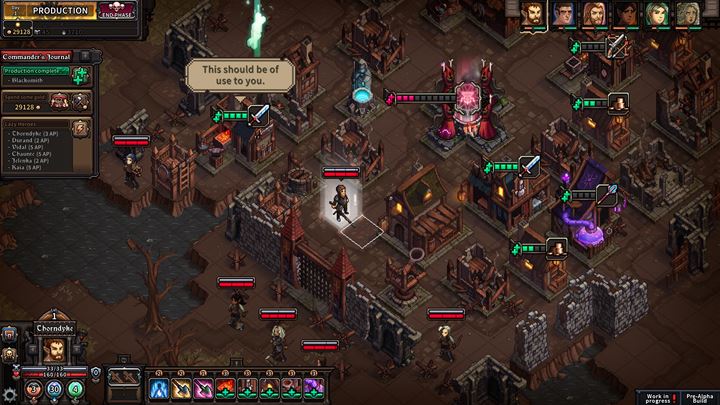 Although  as befits a roguelike  Last Spell is not a game with graphical bells and whistles, you can spend at least a few exciting evenings with this position as soon as you get used to the symbolic representation of individual characters and buildings as sets of dark pixels. And while writing this, I do not rely only on the announcements of the creators, but also on the materials from the playable demo. It was addictive as hell.

The title "last spell" is a spell that mages must cast to get rid of magic forever, and with it, the mysterious fog that envelops the world every night. Of course, the problem is not the atmospheric phenomenon itself, but rather what comes with it. We're talking about hordes of bloodthirsty beasts who annihilated almost the entire civilization. The survivors took refuge in fortresses, improved during the day and thus able to withstand attacks at night.

The player's task is to direct a group of defenders of one of the fortresses, manage resources, make neccesary repairs, and stay alive. In addition to combat skills, heroes can also earn perks. And all of this without the traditional division into classes.