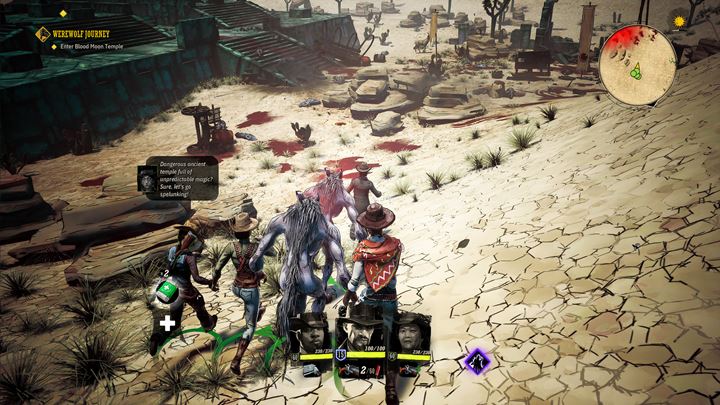 Wolfeye Weird West will be a debut for the independent studio, but not for the leader Raphael Colantonio (Wolfenstein, Prey, Arx Fatalis). This is one of those teams consisting of veterans seasoned in programming and designing battles, now able to implement a more independent project.

The Wild West, enriched with fantastic creatures and original puzzles to be solved, seems to be a ready recipe for success. Gunslingers fighting mythical beasts and NPCs straight from Arcanum or Baldur will be able to use the entire arsenal of more or less sophisticated weapons and effectively eliminate subsequent enemies (an additional flavor can be effective slow motion here). The fight looks really dynamic on promotional materials.

The graphics are definitely more cartoonish than realistic. However, it is surprisingly pleasant to look at it all  this genre probably lacked such an outlook on reality. And since the graphics specialists did a solid job, the visuals should definitely not prevent you from getting the greatest pleasure from traveling around the alternative version of the Wild West.