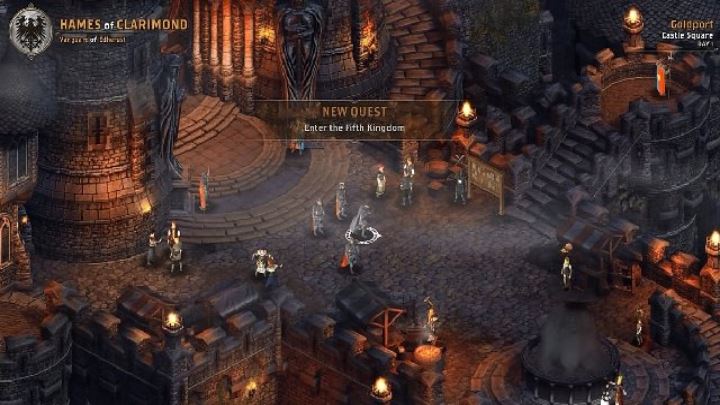 Alaloth: Champions of Four Kingdoms will not impress anyone with visuals. Simple buildings and characters models are completely utilitarian, used solely to tell a compelling story full of intrigue, twists and politics. The latter seems to be particularly important  the player will play a representative of one of several dozen noble families competing for influence in the title kingdoms.

Although there will be some classic fantasy elements (such as, for example, magic or orcs, dwarves and elves), this production will resemble Game of Thrones rather than the Netflix Witcher. Chris Avellone himself, the co-creator of such classics as Planescape: Torment or KotOR 2, participates in the development of Alaloth. His participation alone guarantees a solid scenario. Maybe even a masterpiece.

However, not only the enormous amounts of the highest-quality text should be the advantage of the upcoming work by Gamera. The creators promise that we will also get well-balanced combat mechanics. It will be demanding, requiring you to both prepare good tactcs for every fight, and strategically plan the development of your character.