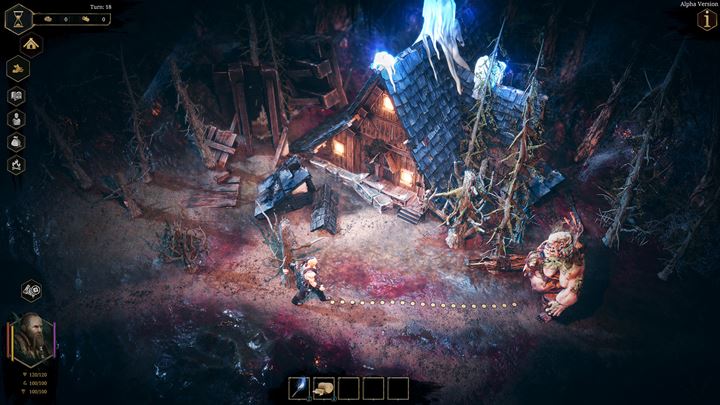 Released in 2021, Tainted Grail: Conquest was an efficient attempt to transfer the rules of the Taunted Grail: Avalon Downfall board game to a programming language. This universe was invented by the Polish writer Krzysztof Piskorski, who brought to life a convincing dark world inspired by Arthurian legends and Norse myths. In Avalon, the knights of the Round Table are no longer alive, and a mysterious force called Wyrdness is trying to take over the land.

In terms of mechanics, Tainted Grail is an RPG with elements of card game, roguelike and turn-based tactical games. Unfortunately, if you're looking for a story, be warned that it will not be the central part of the game, as due to the way the gameplay is carried out, the story soon recedes into the background. In case of failure, we have to start all over again. And hope for a stroke of luck in drawing skill cards.

In the sequel, the fights are to be a bit easier, and the story more engaging. In addition, the creators announce the emergence of numerous moral choices, on which (although we've heard it a thousand times already) the fate of the whole world will depend. Are these not just clichés? We will most likely find out soon.